Oregon Minister Responds to President’s State of the Union Address 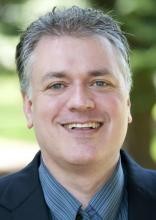 Rev. Chuck Currie, chaplain at Pacific University (Ore.) and director of the institution's Center for Peace & Spirituality, is available to discuss President Obama's State of the Union speech (971-322-7920, [email protected]). Here are his initial thoughts: "Having read President Obama’s State of the Union Address and spoken today with White House officials about the proposals the president is making, I can report without hesitation that the president has put forward an agenda people of faith concerned about families, poverty and education can support. We need a tax system that benefits all Americans and not just the wealthiest. Tax cuts now for middle class families will help those struggling during the recovery. Paid family leave will help create new opportunities for healthily communities. Free community college will help a generation move into higher education and we all know education is the best way to escape poverty. Diverse faith leaders across the United States have been calling on President Obama and Congress to pass many of the initiatives announced by the president. There has already been strong support from the faith community for the president’s executive action on immigration and climate change. As a minister in the United Church of Christ deeply concerned about the future of America, I support President Obama’s vision and call on members of Congress to work with President Obama."