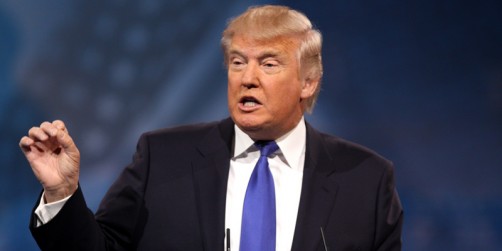 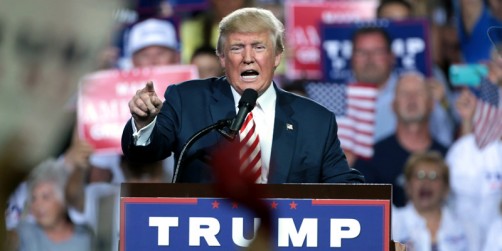 University of Vermont scholars are available for media commentary on President-Elect Donald Trump’s plans, which include withdrawal from the Paris Agreement, boosting the ailing coal sector, taking action to label China a currency manipulator and his plan to partner with Russia to defeat ISIS.

On Trump’s promise to withdraw from the UN Paris Agreement:

“The U.S. releases the most fossil fuel emissions after China – and twice more than India,” says Galford. “Scrapping our commitment to reduce emissions would hurt efforts to slow climate change – and exacerbate its impacts on humanity. Globally, we had been on track for a moderate warming future. Trump’s plan to withdraw from the Paris Agreement may push the world into a more intense climate change.”

On Trump’s pledge to support the U.S. coal industry:

“Trump’s team has consistently characterized the economy and the environment as a zero-sum game,” says Ament. “However, the U.S. would be much better served – economically and environmentally – by shutting coal down. Estimates put the savings at $400 billion each year in health- and pollution-related costs – more than the cost of shutting down the industry. This money would be better off invested in renewable energy and retraining coal workers for these jobs.” On Trump’s plan to label China a currency manipulator on his first day in office:

On Trump and water quality: “Trump states that he’s a ‘huge believer in clean water,’ but has called for the reduction of funding for the EPA, which would leave fewer resources to enforce existing clean water regulations,” says Koliba. “Total Maximum Daily Load (TMDL) programs could also be under threat under a Trump administration, which would impact many states, including Vermont. Trump has said that he will eliminate new Clean Water Act rules on ‘navigable waterways’ to prioritize economic investment decisions.”

On Trump’s ability to fulfill his promises:

“In terms of major promises, Trump is going to have to make a good faith effort on some of them, and I think building the wall will be one of them,” says Burke. “But it's important that he only focus on a few things. Presidents who come with a laundry list of things they expect Congress to do – and Carter is a good example of this – end up unsuccessful because Congress isn’t going to do all of these things.

“I don’t think his struggles to pass legislation will be due to the fact the party is split, but rather how our system of government works,” Burke adds. It’s not a business corporation where the CEO gets to dictate things. I mean, Paul Ryan and Mitch McConnell will listen, but they don’t have to do a damn thing. They are not accountable to him. He’s going to have to find a way to accommodate members of Congress. He’d probably say, ‘well, I’m a good negotiator,’ but so are they. They aren’t fools. You just don’t simply tell members of your own party what they should do.”

“Many of those who supported Trump are white Americans, both low and middle-income, whose economic fortunes have declined with globalization and the growth of inequality,” says Seguino. “Trump was successful in scapegoating women, people of color, and immigrants as a cause of the economic malaise of those who had previously done well.”

“Our greatest challenge is that Trump’s economic proposals, such as cutting the corporate income tax, are likely to result in budget cuts to needed social programs,” Seguino adds. “This will worsen both inequality and economic insecurity, and further fuel racial, gender and ethnic animosity, as it has done in Europe. Economic insecurity is the fuel that feeds this fire, and our efforts need to focus on addressing this problem.”

On the impact of Trump’s anti-Muslim rhetoric on national securitY:

"Trump’s rhetoric and plans imagine all Muslims as foreign and suspicious—a dangerous and inaccurate portrayal of Muslim Americans and Muslims around the world alike. His disturbing call to “register” Muslims and his ongoing insistence that all people from regions where terrorism is active are suspect can only negatively impact the security of individual citizens and our nation. In just the past week, we’ve witnessed initial consequences: reported hate crimes against Muslims have spiked at home, and terrorist groups abroad have declared that Trump’s presidency will make recruitment easier. Hateful rhetoric matters and impacts our citizens (both Muslim and non-Muslim), Muslims abroad, and our national security."

On Trump’s rhetoric on refugees and immigrants versus the reality:

“For the nearly two decades I have been studying refugee resettlement all across the country, I have been deeply impressed by the significant contributions made by refugees to the economic, social and political fabric of the many communities where they have been placed,” says Bose. “Far from being incomplete, the screening of prospective refugees is extremely exhaustive, and far from being a burden, refugees are a tremendous boon to the towns and cities that they now call home. Our attitudes and policies as a government and as a nation should remember these realities as we move forward.”

On Trump’s statement that his generals will have a plan for “soundly defeating ISIS” within 30 days of his taking office: “While that would be great, we’re unlikely to see ISIS defeated with a 30-day plan by the Trump Administration,” says Henne. “ISIS is currently under serious military pressure from Iraqi forces, but it would still be capable of mobilizing supporters in other countries to attack the United States if it was routed in the Iraq and Syria. Additionally, any plan to defeat ISIS within 30 days would probably involve intense military action that could exacerbate the humanitarian crisis in areas under ISIS control.”

On Trump’s plan to partner with Russia to defeat ISIS: “Trump’s support for what Russia is doing in Syria is concerning,” says Henne. “There are reasons to believe Russia is directing most of its firepower towards non-ISIS rebels, rather than solely trying to defeat ISIS. And Russia has shown a willingness to cause civilian casualties as a result of its air strikes. Cooperation with Russia in Syria will likely lead to a strengthened Assad and an even worse humanitarian crisis.”

“Trump’s campaign drew down our nation’s social capital – the mutual trust, shared reality, common values, and publicly held knowledge that let us live and work together,” says Zencey. “The campaign stirred up mistrust, created alternative realities in which science is just opinion, and acted so there’s such little common ground on which reasonable policy can be based – and surprisingly rode this unprecedented approach to victory.”

"When Trump demonizes out-groups, suggests insidious conspiracies, and claims that he is the only person who can solve America's problems, he echoes a long tradition of propaganda and populist demagoguery that came to the fore on the radio in the 20s and 30s. The "lone wolf" technique, the "if you only knew" strategy, and the calculated ideological inconsistency of the demagogue have long been a part of the agitator's repertoire. Trump updates these tactics for the Twitter age. We'll see what else he brings from the radio agitator's playbook... 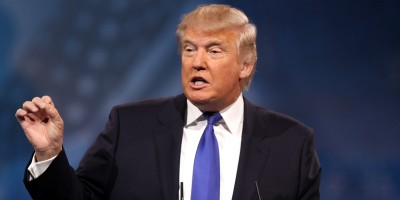 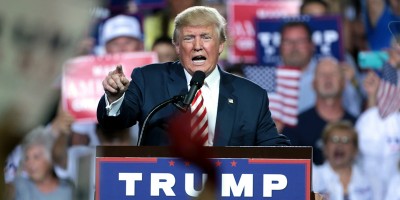