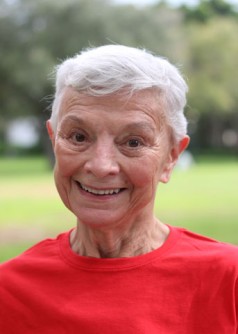 June Teufel Dreyer, professor of political science at the University of Miami.

Newswise — House Speaker Nancy Pelosi made a stopover in Taipei, Taiwan, on Tuesday, the highest-level visit by a U.S. official in 25 years to the East Asian country, officially known as the Republic of China. The Chinese government repeatedly warned the White House and Pelosi not to visit the territory it claims as its own and condemned the visit shortly after her arrival, The New York Times reported.

In a statement released on her arrival, the House leader said her visit signaled the United States’ “unwavering commitment” to supporting Taiwan’s democracy and highlighted that her visit did not contradict U.S. policy toward the island nation.

June Teufel Dreyer, a political science professor in the University of Miami College of Arts and Sciences, began visiting the island nation in the 1980s and has participated as an election advisor there. In 2016, the Far East specialist attended the inauguration of Tsai Ing-wen, a Taiwanese politician and academic and the first ever female president. More recently—and together with Jacques deLisle, the director of the Center for the Study of Contemporary China at the University of Pennsylvania Casey Law School—she edited “Taiwan in the Era of Tsai Ing-wen: Changes and Challenges.” The scholar addressed a few questions about Pelosi’s visit.

Why would the House speaker make such a visit, for what personal reasons and/or diplomatic value for the U.S. government, and why now?

While we can only speculate as to the House speaker’s motivations, one domestic consideration may be that with Democrats running behind Republicans in opinion polls ahead of the upcoming election, she may be hoping for a publicity coup that would win votes for her party and preserve her role as majority leader.

Another motive might be to warn China, which is believed to have been emboldened by [Russian President Vladimir] Putin’s invasion of Ukraine. Though the invasion isn’t succeeding, the United States has not directly intervened, and hence might not intervene if [Chinese President Xi Jinping invaded Taiwan]. Also, Xi would like a public relations victory as he is seeking an unprecedented third term as president of the People’s Republic of China (PRC) at the 20th Party Congress in the fall.

What does Pelosi represent to the Taiwanese government, both in perception and in anything concrete that she may deliver in terms of foreign policy?

Just her presence on Taiwanese soil has enormous symbolic significance. It’s doubtful that she is making any concrete promises, since that would be beyond her power as speaker to do. But she’ll certainly promise support, which is enough.

Why does the move anger Chinese authorities and in what ways might they express their discontent?

Everything regarding Taiwan angers the Chinese authorities. They’ve already suspended the import of a lot of Taiwanese products, though that will hurt Chinese consumers as well as Taiwanese producers. More suspensions are apt to come. Militarily, the Chinese have been flying and sailing provocatively close to the median line in the Taiwan Strait and have moved both their aircraft carriers from their respective home ports. However, the U.S. has deployed four warships, including the aircraft carrier Ronald Reagan, into the area.

What are the associations/implications, if any, with Russia’s invasion and ongoing war in Ukraine?

Xi may think that, with the U.S. distracted by the war in Ukraine, it won’t pay attention to aggressive Chinese moves. He appears to have been mistaken.