Political Lessons from the Past

Latest research from UC San Diego historian on the fall of the Roman Republic gives insight, warning to modern times 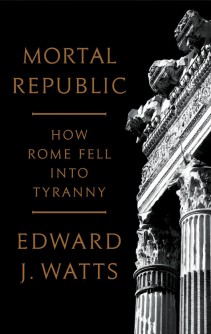 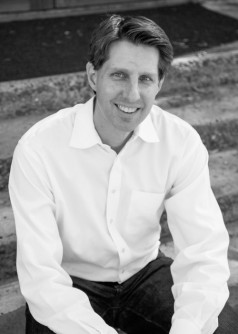 Newswise — Just as the Roman Republic served as a model for the founding of the United States, political flaws that led to the downfall of this ancient republic are intrinsically built into the DNA of the U.S., says renowned historian Edward J. Watts in his latest research from the University of California San Diego. And while these flaws are most pronounced in the current political climate, history is not doomed to repeat itself — with careful attention from its citizens.

“Mortal Republic: How Rome Fell Into Tyranny” explores what factors made the Roman Republic — the five centuries of representative democracy that preceded the establishment of the Roman Empire in 27 BCE — susceptible to collapse, including the parallels between ancient and modern republics where lessons from the past can apply to today’s political discourse in the U.S., Venezuela, France and Turkey.

“This book grew out of a series of conversations about the ways in which antiquity can help us understand the challenging, and occasionally alarming, political realities of our world,” said Watts, the Alkiviadis Vassiliadis Endowed Chair in Byzantine Greek History and professor in the Department of History at UC San Diego.

“The past is no oracle and historians are not prophets, but this does not mean that it is wrong to look to antiquity for help understanding the present,” he said. “The ancient Roman Republic is, of course, very different from a modern state, but the Roman Republic’s distribution of power and its processes for political decision-making deeply influenced its modern descendants.”

Asserting that Rome’s citizens allowed their own republic to fall because of the willingness of Romans to ignore specific, damaging actions by its politicians, Watts outlines two major differences in how “Mortal Republic” views this important historical period from previous work. His book is the first to use an understanding of the late-republican economy that includes the emergence of dramatic inequality made possible by financial innovations that mirror the contemporary act of bundling and reselling mortgages, which in part led to the 2008 financial crisis.

The second difference is perhaps most exemplified by U.S. president Donald Trump, Watts says: “Under certain conditions, individuals can override the constraints historically robust political systems place upon them. For most of the past 70 years, historians have been trained to appreciate that political, financial and religious systems serve as guardrails that control the trajectory of a society. What Trump has shown is that particularly reckless individuals can override, ignore or wear down many of these guardrails.”

Key takeaways from Watts’s research include:

“What particularly frightened me as I was writing this book during the last moments of the 2016 presidential campaign was the dangerous way in which Donald Trump used the threat of violence at his campaign rallies. This was neither something that American politicians had done in my lifetime, nor was it something that Romans did when their republic was healthy,” Watts said.

The Roman Republic lasted for nearly 500 years, and while the U.S. is merely half that in age, Watts says the two political systems are intimately related. Both republics were designed to be representative democracies, with elected officials. And just as economic inequality amplified the voices of the wealthy in the Roman Republic, U.S. inequality and the current political climate make Watts’s research relevant to today.

“The one moment that particularly stood out as similar to the Roman Republic was Trump’s decision to politicize the fate of immigrants with strong ties to this country,” Watts said. “The Roman Republic also dealt with an immigration crisis, as Italians without legal status flocked to the booming city for jobs. As economic inequality grew, however, Romans became quite protective of Roman citizenship and, like Trump, Roman politicians backed a number of politically motived expulsions of ‘illegal’ immigrants.

“The political debate about immigration and citizenship in Rome ultimately became violent and produced the Social War, a conflict that was among the most deadly and dangerous that the republic endured.”

Ultimately, Watts asserts that the death of the Roman Republic was not inevitable. It fell because it was allowed to do so, he said, as a result of multiple “small wounds” inflicted by those who assumed the republic would last indefinitely: When citizens take the health and durability of their republic for granted, its future is at risk.

“The Roman Republic could have been saved, only if individual Romans punished both the politicians who broke political conventions and those who deliberately blocked the functioning of the republic,” Watts said. “When a republic comes under stress like it did in Rome in the 130s or it has in the U.S. now, it can be saved only if its citizens defend the norms, laws and customs that made it strong in the first place.” 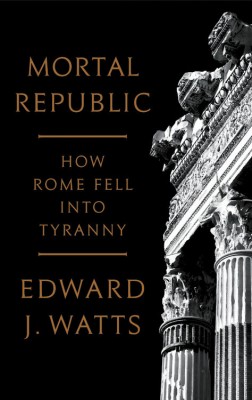 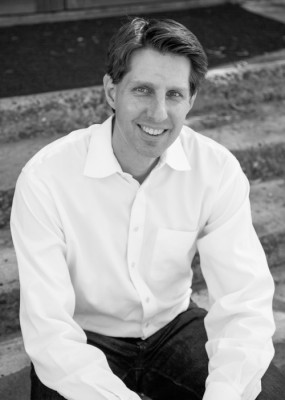