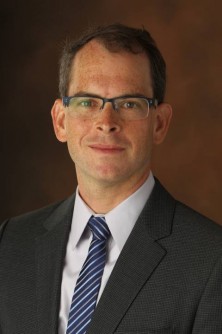 Don’t rely on any one poll if you’re looking for insight into the presidential election, says Vanderbilt University polling expert Josh Clinton.

“The media every single day is touting a new poll and new results on who’s up and who’s down, and it can be very hard to understand exactly what polls to pay attention to, especially when the media doesn’t do a great job of telling you how credible or how trustworthy these polls are,” said Clinton, holder of the Abby and Jon Winkelried Chair at Vanderbilt and co-director of the university’s Center for the Study of Democratic Institutions.

“Polling is a business,” said Clinton, “So there’s lots of people trying to enter and trying to poll a presidential race.”

The best way to get a sense of how the race is going is to study several different polls taken around the same time, he said. If a consensus develops among separate polls, then the results are more likely accurate. “How they try to identify who the likely voters are and all these other decisions that pollsters are making, it’s very much more an art instead of a science,” Clinton said. “People can be wrong, and they are, and produce different results.”

[Media Note: Vanderbilt has a 24/7 HD TV and radio studio. Use of the studio with Vanderbilt experts is free, other than reserving fiber time.]