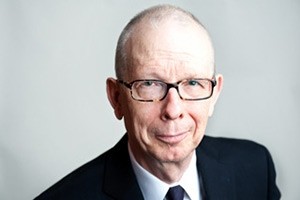 The American Prospect: How About Erecting Monuments to the Heroes of Reconstruction?

Newswise — Given the sheer number of Confederate memorials, there is bound to be another shocking flashpoint of the kind that rocked Charlottesville and the nation. Stonewall Jackson and Robert E. Lee have vanished from Baltimore and New Orleans. Chief Justice Roger Taney, who authored the truly infamous part of the Dred Scott decision, is gone from Annapolis. So many have come down—or are up for possible removal—that The New York Times posted an interactive map to chart them all.

The sesquicentennial of Reconstruction is September 1, 2017. Under the First Military Reconstruction Act of March 1867, a Republican-controlled Congress, having become justifiably concerned about profound legal and extra-legal threats to the statutory civil rights of black Southerners, gave the U.S. Army an administrative deadline of September 1 to directly register all black and white adult males in 10 of the 11 ex-Confederate states (Tennessee, the 11th, already had a biracial electorate.) Echoing the Freedom Summer of the civil rights movement, University of Chicago historian Julie Saville has called the summer of 1867 “Registration Summer.”

In the fall of 1867, this new biracial electorate elected delegates to state constitutional conventions. These elections set in motion deliberations in 1868 about the proper design and structure of new state governments that were designed to be radically more democratic than any of the South’s previous incarnations. Those state governments were also expected to formally support the 14th Amendment to the Constitution, which established African American citizenship and more broadly a new, expansive view of civil rights.

Americans have been arguing about Reconstruction ever since. Like the republic founded in 1787 in Philadelphia, Registration Summer produced a deeply imperfect political system. The ratification of the 14th Amendment expressly kept all women from voting. Native Americans and Chinese Americans in California soon discovered that the new constitutional amendments—the 13th, 14th, and 15th—did not quite include them (at least not without arduous litigation in the federal courts).

The sesquicentennial of Reconstruction will clock past one anniversary after another, including the insurrection of the Ku Klux Klan against state and local governments run by black officials and white Republican allies; the militant defense of democracy by the Grant administration; and little-known post-Reconstruction anniversaries like the black Exoduster movement to Kansas and black migrations to Oklahoma territory and Liberia. As Americans ponder these milestones, debates over the meanings of these events are certain to follow.

Rick Valelly '75 is Claude C. Smith '14 Professor of Political Science at Swarthmore College, where he has taught since 1993. He is the author of the award-winning The Two Reconstructions: The Struggle for Black Enfranchisement (2004), American Politics: A Very Short Introduction (2013) and Radicalism in the States: The American Political Economy and the Minnesota Farmer-Labor Party (1989). His current research focuses on the political development of LGBT rights in the U.S. with a fellowship from the American Council of Learned Societies.