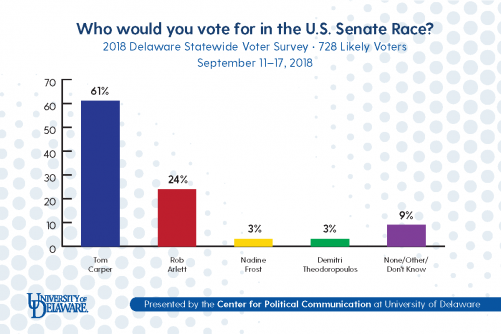 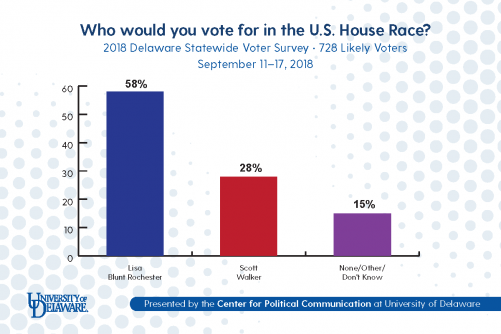 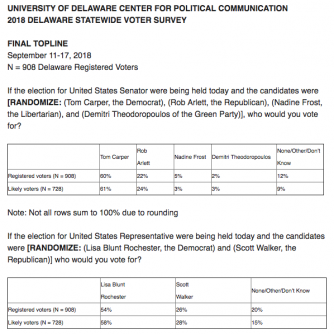 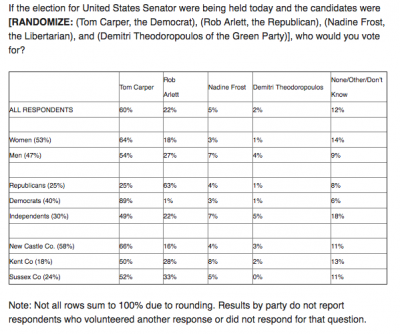 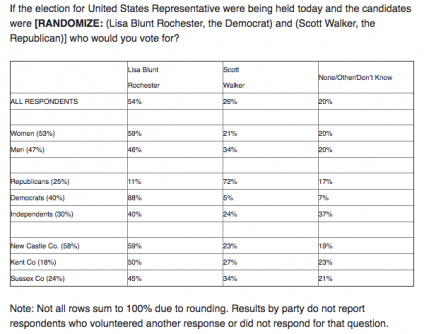 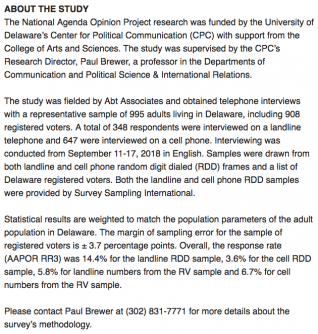 Newswise — The two Delaware Democrats running for national office are dominating their opponents by large margins that fall in line with the predicted “Blue Wave” in races around the country.

U.S. Sen. Tom Carper has a commanding lead of 61%-24% over Republican Rob Arlett, while U.S. Rep. Blunt Rochester is far ahead of Republican candidate Scott Walker by a margin of 58%-28%, according to a University of Delaware Center for Political Communication poll released today. The poll was completed before the recent turmoil in the Delaware GOP, which saw the New Castle County chair resigning and criticizing Arlett, and the state GOP disavowing Walker.

“It’s no surprise that Carper, a Delaware institution, and Blunt Rochester – a Democrat in a blue state running against a politically damaged opponent – are enjoying comfortable leads in their respective election races,” Professor Paul Brewer said. “What is surprising is how much they’re winning by, where they are winning and the support they are receiving from voters who typically cast their ballots for candidates on the other side of the aisle.”

While it’s not unusual for Republicans to choose a mainstay like Carper over Arlett, the Democrat currently has the support of 25% of likely Republican voters. Even more interesting, 11% of those Republican voters said they would vote for Blunt Rochester, a first-term representative.

The two Democrats were also leading in all three counties, including heavily Republican-leaning Sussex County, which voted overwhelmingly for Donald Trump in the 2016 election. In Delaware’s southern-most county, Carper leads Arlett 52%-33%, while Blunt Rochester is up 45%-34% over Walker.

“Carper and Blunt Rochester are winning everywhere,” Brewer said. “While Delaware typically supports candidates on the left, the margin of the leads in Sussex County and overall in the state reinforces the idea that a ‘Blue Wave’ is coming in November.” 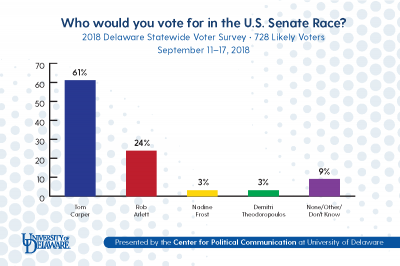 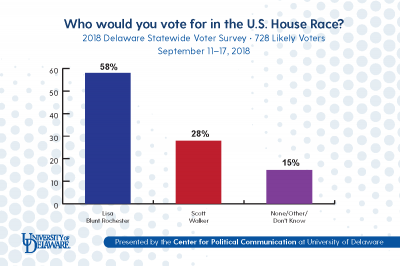 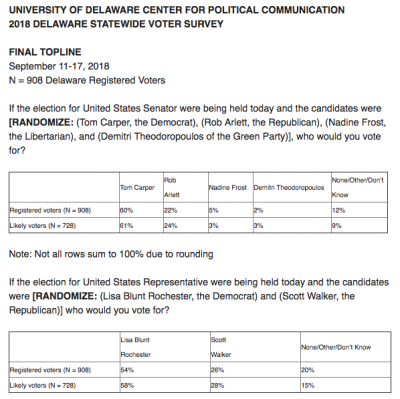 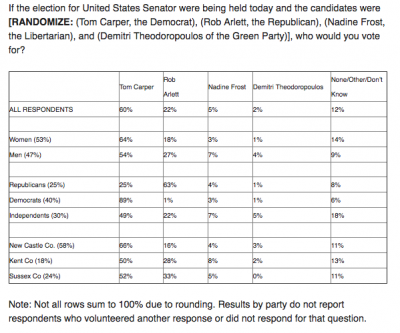 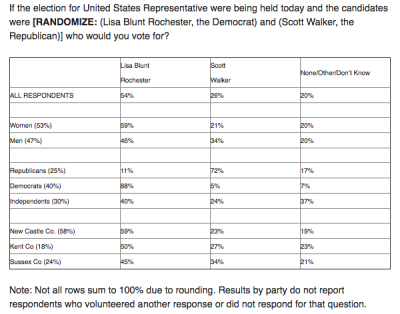 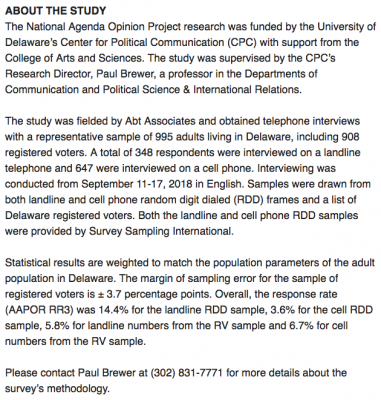