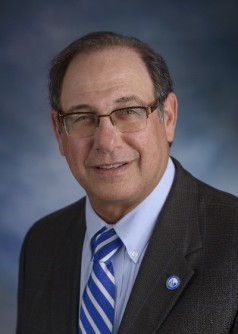 President Barack Obama's final days in office have been, and will ultimately be, the busiest "lame duck" days of any two-term president since World War II, a political scientist specializing in the presidency said. "Compared to almost any other lame-duck president, President Obama will have a very busy schedule in his last week in office," said Daniel P. Franklin, associate professor of political science at Georgia State University in Atlanta. Franklin is the author of "Pitiful Giants: Presidents in their Final Term," looking at the looking at the final terms of recent presidents and their legacies. None of the two-term presidents detailed in the book -- Dwight D. Eisenhower, Ronald Reagan, Bill Clinton and George W. Bush -- had their legacies challenged in the same jarring way that Donald Trump and Congressional Republicans are working toward in demolishing President Obama's legacy, he said. "It has rarely been the case that an incoming president-elect has been so transparent in his desire to wipe out the legacy of his predecessor," Franklin explained. "Trump is practically goading Obama into a response."

Franklin can be reached at [email protected], or 404-413-6182 (office). His cell contact is visible in the contact box to registrants of Newswise who are logged into the system. For assistance in reaching Franklin by mobile phone, contact Jeremy Craig, public relations coordinator at Georgia State University, at [email protected] or 404-413-1374.

For more about Franklin, visit http://politicalscience.gsu.edu/profile/daniel-p-franklin/.