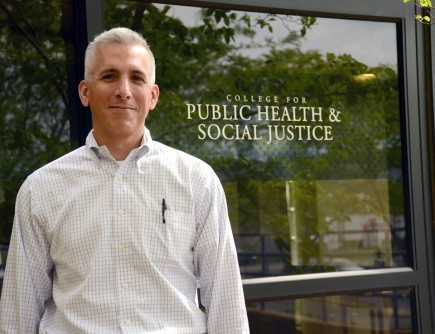 Alexander Garza, M.D., is the associate dean of public health practice and associate professor of epidemiology at Saint Louis. University.

Alexander Garza, M.D., associate dean for public health practice and associate professor of epidemiology at Saint Louis University, and former chief medical officer at the Department of Homeland Security is available to comment on President Obama's address on the strategy to defeat ISIS.

Garza believes there is no best solution for any of these problems, only the best worst solution.

"The only really “new” part of this strategy was to acquiesce on attacks inside of Syria, which President Obama was trying to avoid. This presents another deeply troubling threshold that the President is now willing to cross because he understands that it will be difficult, if not impossible to address one conflict in Iraq without addressing the other in Syria.

The rest of the strategy, while nice to hear laid out in a single event, is really just a ramping up or continuation of strategies that already existed.

The U.S. is already flying sorties, there are already military advisors (special operations) providing intelligence, training and most likely targeting and there are already counterterrorism and unconventional operators working this problem.

Expanding the envelope to include Syria may be strategically necessary, but is fraught with concern. The ever shifting battlefield in this year's long civil war is neither clean nor clear and the President has to thread the needle of empowering moderate anti-Assad forces while trying to destroy ISIS at the same time, which is no easy feat."

Garza comes to SLU after service in the Federal Government. In August of 2009, Dr. Garza was appointed by President Obama and confirmed by the US Senate as the Assistant Secretary for Health Affairs and Chief Medical Officer for the U.S. Department of Homeland Security, where he served until April 2013. Dr. Garza led the health and security efforts for DHS, which included the health aspects of terrorism and natural disasters.