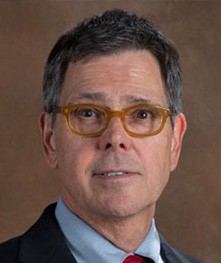 Joseph P. Merlino, MD, MPA, is Vice President for Faculty Affairs and Professional Development, and aProfessor of Psychiatry, Public Health, and the Health Related Professions at SUNY Downstate Medical Center, as well as a Fellows Ambassador at The New York Academy of Medicine.

In addition to his broad expertise in mental health, Dr. Merlino is an expert on issues such as physician burnout, coping during natural disasters (he counseled at Bellevue during 911) and suicide prevention.

Concerned about public funding for mental health treatment, this election season he is alerting the 2016 presidential candidates to their lack of knowledge and understanding of the mentally ill and their confusion about how to prevent gun violence.

Dr. Merlino is the founding Vice President for Faculty Affairs and Professional Development and Professor at SUNY Downstate's College of Medicine, School of Public Health, and College of Health Related Professions. From 2000-2014 he worked at NYC Health & Hospitals, as Director of Community and Ambulatory Psychiatry at Bellevue Hospital Center, Director of Psychiatry at Queens Hospital Center, and lastly as Director of Psychiatry and Deputy Executive Director of Kings County Hospital Behavioral Health Service. Previously, he served in various leadership roles in psychiatry at Lenox Hill Hospital from 1987-1999 where he was the founding chair of the hospital ethics committee and ethics consultation service.

Dr. Merlino has co-edited four books on topics including disaster psychiatry, Freud, and an oral history of the homosexual rights movement in American Psychiatry. His most recent book (2014) is on the use of the Toyota lean approach to quality transformation in behavioral healthcare. Dr. Merlino received his medical degree from New York Medical College and Master of Public Administration from Baruch College.