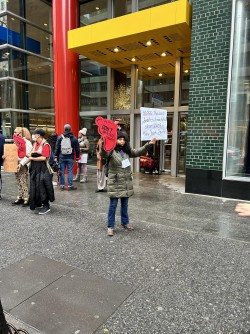 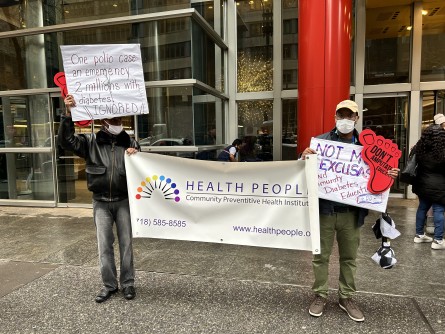 Newswise — With the number of preventable diabetes-linked lower-limb amputations and risks of diabetes-caused blindness and vision loss skyrocketing in New York, health advocates and diabetes patients gathered in front of Gov. Hochul’s Manhattan office today to call on her to declare a state diabetes health emergency to tackle the chronic disease that afflicts two million state residents.

The unprecedented diabetes epidemic – which disproportionately afflicts Black, Latino and poor residents in vulnerable communities – has been allowed to rage virtually unchecked as the state and federal governments have cut funding for cost-effective, evidence-based self-management programs that lower blood sugar levels and could save thousands of lives and billions of tax dollars.

With amputations increasing at nearly the double the national rate, an estimated 24,000 New Yorkers lost their legs or feet to diabetes between 2009 and 20017 – the last year the state has reported the data, as required by federal regulations. Anecdotal reporting suggests that appalling rate of preventable amputations has increased by an additional 26,000 since the COVID pandemic hit, bringing the total to 50,000.

“We know that these amputations are highly preventable, as are all the other health pathologies afflicting those with diabetes,” said Chris Norwood, Executive Director of Bronx-based Health People which saw dramatic improvements in diabetic symptoms in 2,000 people who took part in the Diabetes Self-Management Program (DSMP) DSMP before state and federal funding for the average $900 per patient cost ended just as the COVID pandemic hit.

Norwood released a report entitled “New York State Diabetes-Related Amputations: A Horror Story” which will be submitted to the governor along with a petition from community-based health groups calling on Hochul to declare the diabetes health emergency, along the lines of earlier emergency declarations covering COVID, mpox, polio and HIV-AIDS.

And it is not only amputations that provide evidence of dire health consequences from the preventable and reversible chronic disease.

New York City alone saw a 356 percent increase in diabetes-linked deaths in the early months of the pandemic, increases which were the highest in the nation.

Under the emergency, the state would prioritize tackling the diabetes epidemic by the community and clinical strategies used to combat other epidemics including:

“Diabetes has been the worst health emergency in New York’s  low-income communities for 20 years yet through more than four administrations, the state has refused to comprehensively plan to control or implement strategies and programs well known to both outright prevent diabetes, and prevent terrible complications like amputation, blindness and kidney failure when people do have diabetes,” said C. Virginia Fields, President and CEO of the National Black Leadership  Coalition on Health (Black Health.)

“New York State can readily end this cruel indifference and has the funds to start massive state-wide diabetes self-education provided in diabetes-overwhelmed communities, institute clinical reforms and assist its many counties both upstate and downstate reeling from diabetes to launch effective diabetes control as it has done for multiple other epidemics,” Fields said.

The savings that follow implementing programs such as diabetes self-management education can be measured not only in lives saved, but billions of dollars in taxpayer dollars that do not have to be spent. New York State’s highest-in-the-nation Medicaid spending is fueled largely by a reported annual cost of more than $13 billion in “excess diabetes costs” (Medicaid costs beyond what are needed for patients without diabetes), or $15,336 per patient. That compares to an annual cost of $9,601 per diabetes case nationally.

“We are requesting that New York finally address diabetes, which has long been our worst epidemic, the same or better than what it has done for other epidemics, and for our Governor to fulfill her stated vow, to fight racism in health by confronting the devastating disaster of disability and death that diabetes is causing in Black and Brown communities,” said Rev. John Williams, President CEO of Brooklyn-based New Creation Community Health Empowerment Inc. 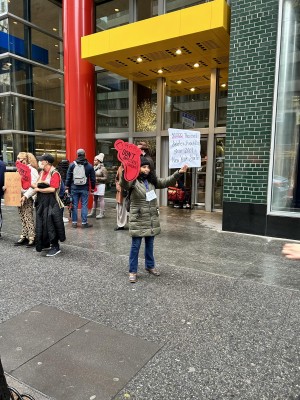 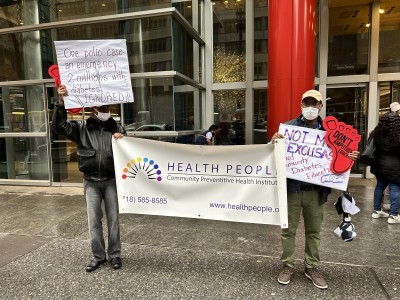