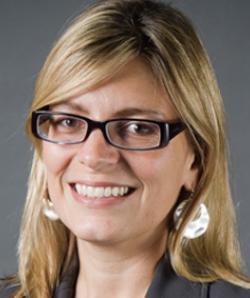 Ohio Gov. Mike DeWine signed the state's so-called "heartbeat bill" into law April 11, that would make an abortion illegal once a fetal heartbeat is detected.

The law is unconstitutional, says B. Jessie Hill, the associate dean for academic affairs and law professor at the Case Western Reserve University School of Law.

The law will be challenged, and is unlikely to get past an appeals court. However, with the governor's signature, Ohio became the first of numerous states ready to mount a challenge to Roe vs. Wade. In 2018 alone, seven states introduced so-called “heartbeat bills” that ban abortion as early as six weeks of pregnancy. But the Supreme Court doesn’t need to consider a challenge to a heartbeat bill in order to overturn Roe.

In fact, the Supreme Court gets to pick and choose the cases it hears and needs only four justices to vote to hear a case. That means it might decide to weigh in on abortion rights as soon as its next term. Almost any case, including several that are already pending, could become a vehicle for overturning Roe.

For example, the newly composed Supreme Court could decide to take up the constitutionality of laws in Ohio banning abortions sought for particular reasons, such as fetal anomaly. It's already been blocked by federal courts, and either could still be appealed to the Supreme Court. If the court decides to hear the case, it could uphold the laws on the grounds that Roe was incorrect and a new, more relaxed legal standard should apply to abortion restrictions.

Ohio's so-called heartbeat bill won't even get to the US Supreme Court, but it will cost Ohio taxpayers millions, she said.