Augustana University and the Center for Western Studies announce the 23rd annual public affairs forum:  “Power, the Press and the Presidency” 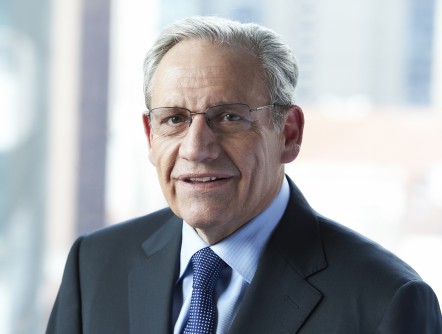 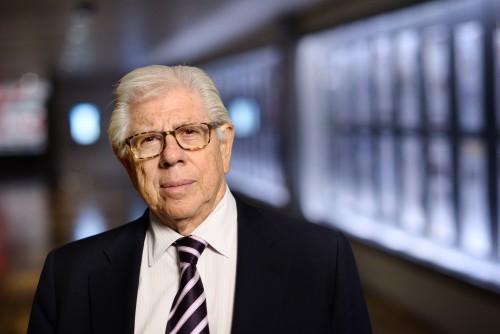 In the early 1970s, Woodward and Bernstein broke the Watergate story for The Washington Post, leading to the resignation of President Richard Nixon and setting the standard for modern investigative reporting, for which they and The Post were awarded the Pulitzer Prize. Throughout their respective award-winning careers, both journalists have authored numerous books, and have provided commentary and reporting on government and politics.

The 2019 Boe Forum will address “Power, the Press and the Presidency.” The First Amendment to the Constitution states that no one may restrict the freedom of speech or of the press. In the era of news, fake news and the role of journalism in democracy, the topic of objective news reporting in American society has been at the forefront of many academic and political discussions.

“Together and separately in their professional lives, Woodward and Bernstein have subjected every administration since the 1970s to rigorous analysis for the benefit of the American people,” said Dr. Harry Thompson, executive director of the Center for Western Studies at Augustana University. Thompson added that all presidential and political administrations experience an oppositional relationship with the press. “This tension is an indication of a healthy democracy and the community-university Board of Directors for the Center for Western Studies acknowledges this and have chosen to invite iconic and non-partisan investigative journalists Woodward and Bernstein.”

Augustana University President Stephanie Herseth Sandlin echoed Thompson’s remarks. “During their careers, Woodward and Bernstein have demonstrated unprecedented civic responsibility through investigative journalism,” Herseth Sandlin said. “Both reporters have shaped the landscape of journalism – from uncovering Watergate, for which they earned a Pulitzer Prize, to their ongoing reporting of politics, presidential administrations, and government. Their insight and perspective on journalism and democracy in the world today will no doubt be both highly engaging and thought-provoking.”

Since its inception in 1995, the Boe Forum on Public Affairs has sought to provide access to individuals who can address events, issues or problems of worldwide or national concern and of broad public interest. Further details regarding the event, as well as information on free tickets, will be announced in early 2019.

Former CIA director and Secretary of Defense Robert Gates wished he’d recruited Woodward into the CIA, “He has an extraordinary ability to get otherwise responsible adults to spill [their] guts to him . . . his ability to get people to talk about stuff they shouldn’t be talking about is just extraordinary and may be unique.”

Therein lays the genius of Bob Woodward – a journalistic icon who gained international attention when he and Carl Bernstein broke the deeply disturbing news of the Watergate scandal.  The book they wrote – All the President’s Men – won a Pulitzer Prize.

Watergate’s theme of secret government is a common thread throughout Woodward’s career that has spawned 19 books – all national bestsellers – 13 of them #1 – more than any other contemporary nonfiction author.  His 19th book, FEAR: Trump in the White House, sold more than 1.1 million copies in its first week in September 2018 – breaking the 94-year first-week sales record of its publisher Simon & Schuster.  No one else in political investigative journalism has the clout, respect, and reputation of Woodward.  He has a way of getting insiders to open up in ways that reveal an intimate yet sweeping portrayal of Washington and the political infighting, how we fight wars, the price of politics, how presidents lead, the homeland security efforts, and so much more.  His work is meticulous and draws on internal memos, classified documents, meeting notes and hundreds of hours of interviews with most of the key players, including the president.

As a speaker, Woodward pulls the curtain back on Washington and its leaders to captivate audiences with stories that are sometimes surprising, at times shocking, and always fascinating.  He blends stories that are both up to the minute and from the past (to provide historical context).  Woodward speaks as he writes – crisp and concise – and helps people get behind the spin to understand what’s really going on in the halls of power in an age of 24-hour news, social media, and snarky politics.

Professionally, Bob Woodward is currently associate editor for The Washington Post where he’s worked since 1971. He has won nearly every American journalism award, and the Post won the 1973 Pulitzer Prize for his work with Carl Bernstein on the Watergate scandal. In addition, Woodward was the main reporter for the Post’s articles on the aftermath of the September 11 terrorist attacks that won the National Affairs Pulitzer Prize in 2002.

Bob Schieffer of CBS News said "Woodward has established himself as the best reporter of our time.  He may be the best reporter of all time." Jill Abramson, the former editor of The New York Times, wrote in her review of Fear for The Washington Post, “Woodward is truth’s gold standard.” The Weekly Standard called Woodward “the best pure reporter of his generation, perhaps ever.” In 2003, Al Hunt of The Wall Street Journal called Woodward “the most celebrated journalist of our age.”  In listing the all-time 100 best non-fiction books, Time magazine has called All the President’s Men, by Bernstein and Woodward, “Perhaps the most influential piece of journalism in history.”

In November 2017, the online learning portal MasterClass released “Bob Woodward Teaches Investigative Journalism.”  In it Woodward reveals the lessons he’s learned during his 45-year career, teaching students what truth means, how to uncover it, and how to build a story with it.

Woodward was born March 26, 1943 in Illinois. He graduated from Yale University in 1965 and served five years as a communications officer in the U.S. Navy before beginning his journalism career at the Montgomery County Sentinel (Maryland), where he was a reporter for one year before joining the Post.

Few journalists in America’s history have had the impact on their era and their craft as Carl Bernstein. For forty years, from All the President’s Men to A Woman-In-Charge: The Life of Hillary Clinton, Bernstein’s books, reporting, and commentary have revealed the inner-workings of government, politics, and the hidden stories of Washington and its leaders.

In the early 1970s, Bernstein and Bob Woodward broke the Watergate story for The Washington Post, leading to the resignation of President Richard Nixon and setting the standard for modern investigative reporting, for which they and The Post were awarded the Pulitzer Prize.

Since then, Bernstein has continued to build on the theme he and Woodward first explored in the Nixon years – the use and abuse of power: political, media, financial, cultural and spiritual power. Renowned as a prose stylist, he has also written a classic biography of Pope John Paul II, served as the founding editor of the first major political website, and been a rock critic.

The author of five best-selling books, Bernstein is currently also at work on several multimedia projects, including a memoir about growing up at a Washington newspaper, The Evening Star, during the Kennedy era; and a dramatic TV series about the United States Congress for HBO. He is also an on-air contributor for CNN and a contributing editor of Vanity Fair magazine.

His most recent book was the national bestseller A Woman In Charge: The Life of Hillary Rodham Clinton, acclaimed as the definitive biography of its subject, published by Knopf.

With Woodward, Bernstein wrote All the President’s Men (also a movie starring Robert Redford and Dustin Hoffman), about their coverage of the Watergate story; and The Final Days, about the denouement of the Nixon presidency. His next book, a masterful memoir of his family’s experience in the McCarthy era, is titled Loyalties: A Son’s Memoir. He is also the co-author of the definitive papal biography, His Holiness: John Paul II and the History of Our Time, which detailed the Pope’s pivotal and often clandestine role in the fall of communism.

In 1977-78, Bernstein spent a year investigating the CIA’s secret relationship with the American press during the Cold War. The resulting 25,000-word article for Rolling Stone, entitled “The CIA and the Media,” was the first to examine a subject long suppressed by both American newspapers and the intelligence community.

Since his famous essay, “The Triumph of Idiot Culture,” a 1992 cover story for The New Republic about increasing sensationalism, gossip and manufactured controversy as staples of the American press, he has proved a prescient critic of his own profession.

A lesser-known part of Bernstein’s journalistic career is his tenure as a rock-critic at The Washington Post while a metro reporter before Watergate; he continues to write (very) occasionally about rock and classical music.

Bernstein was born and raised in Washington, DC and began his journalism career at age 16 as a copyboy for The Washington Evening Star, becoming a reporter at 19.

He lives in New York with his wife and is the father of two sons, one a journalist and the other a rock musician.

About the Boe Forum

Through the Boe Forum on Public Affairs, the Center for Western Studies has hosted many of the world’s most influential leaders. Past Boe Forum speakers are:

Founded in 1860, Augustana University in Sioux Falls, South Dakota, is a selective, comprehensive university affiliated with the Lutheran Church. With more than 100 majors, minors and pre-professional programs for undergraduates, along with graduate degree and continuing education programs, Augustana is committed to enriching lives and fostering development by combining a foundation in the liberal arts with professional skill and advanced study.

Nationally recognized for academic excellence, graduate outcomes and affordability by U.S. News & World Report, Forbes and the Princeton Review, Augustana serves more than 2,100 students from 29 states and 36 countries. Most are part of our residential community and call our 100-acre campus home. Our graduate and continuing education programs serve students online and during times that are convenient for adult learners. 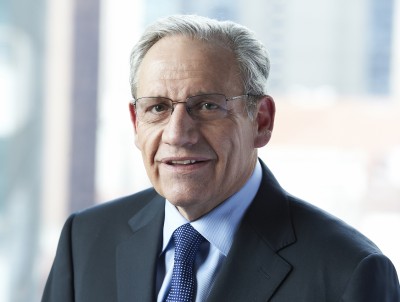 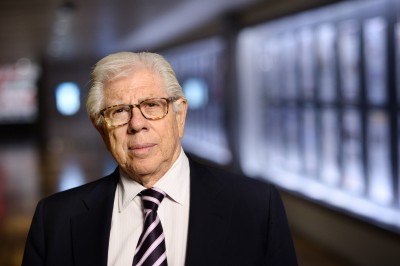