Relying on SUVs and Pickups is Risky for GM 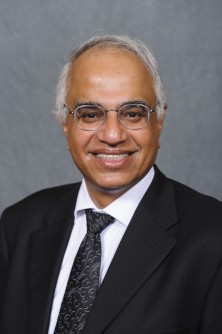 While General Motor’s recent announcement that it will cease production on six sedans and possibly close five factories builds upon American auto manufacturers strengths, it could go sour if fuel prices increase and autonomous technology leaves pickup trucks behind, according to a research at The University of Alabama.

“I don’t think a company can rely on just SUVs and pickup trucks. It’s all a risky strategy,” said Dr. Bharat Balasubramanian, UA professor in mechanical engineering and electrical and computer engineering.

Before joining the UA College of Engineering in fall 2012, Balasubramanian was vice president of group research and advanced engineering at Mercedes-Benz in Germany, responsible for product innovations and process technologies. He retired after nearly 40 years as a research and development engineer, and he is working to strengthen ties between UA and the automotive industry while aligning some coursework to meet automotive industry needs.

American auto manufacturers struggle in selling cars because their production costs are not efficient enough to sell cars at a low price point, but they also are not leading enough in technology to offer attractive luxury cars, Balasubramanian said.

By basing decisions on marketing and sales, instead of engineering innovation and manufacturing productivity, American auto firms left the passenger car market open to German, Japanese and Korean auto companies, he said.

American auto companies do excel at light-duty pickup trucks and SUVs, where there is not nearly as much competition and mechanical and technological innovation lags, he said.

Even though GM has said it will continue to invest in electric vehicles as well as connected and autonomous vehicles, there is a risk GM will be left behind if more reliable and robust self-driving cars begin to replace personal car ownership in the future, Balasubramanian said.

“If you drive a pickup truck in that scenario, you’re the odd man out,” he said.