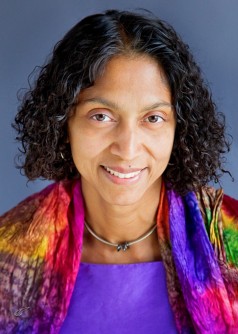 Newswise — BLOOMINGTON, Ind. -- More Americans are taking steps to prevent disease because of the insurance expansions of the Affordable Care Act, according to a new, groundbreaking study by Indiana University and Cornell University researchers.

With Congress considering the future of the ACA, also known as Obamacare, this research is the first to estimate the impact of the ACA-facilitated expansions of Medicaid on preventive care and health behaviors.

Researchers Kosali Simon and Aparna Soni of Indiana University and John Cawley of Cornell University determined that low-income childless adults have benefited in numerous ways from the Medicaid expansions: They are 17 percent more likely to have health insurance, 7 percent more likely to have a personal doctor and 11 percent less likely to report that cost was a barrier to their health care. Their self-assessed health also improved, and they reported fewer days of poor health or restricted activities.

Participants were also more likely to undertake preventive care such as getting a flu vaccination, having an HIV test or visiting a dentist. The ACA mandates that health insurance plans, including Medicaid, cover these preventive services without cost-sharing.

“Our findings indicate that the Medicaid expansions under the ACA succeeded in some of their goals, but other goals remain hard to achieve,” said Simon, a health economist at IU’s School of Public and Environmental Affairs. “More people are seeing doctors and taking steps to safeguard their health. But there’s been no detectable reduction in obesity, smoking or heavy drinking, at least through our study period.”

Conversely, there was no worsening of those risky behaviors; one might be concerned that the newly insured would be more likely to engage in risky behaviors because they now pay less out of pocket for health care. There was no evidence of this phenomenon, which economists call moral hazard, in the data.

The data for the research came from the Behavioral Risk Factor Surveillance System telephone survey conducted by the Centers for Disease Control and Prevention and state governments, through the end of 2015. Thirty states and the District of Columbia expanded Medicaid benefits in 2014.

Their article, "The Impact of Health Insurance on Preventive Care and Health Behaviors: Evidence from the First Two Years of the ACA Medicaid Expansions," is scheduled for publication in the Journal of Policy Analysis and Management and is available online.

Many Americans go about their daily routines without fear of invasion or repercussions for acknowledging their...
2022-08-18 16:30:29