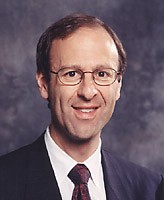 “President Trump can accelerate his previous recommendation to be very lax about enforcement of the insurance mandate,” Shalowitz said. “This act would create the problem of uninsured people being able to buy coverage only when they need it, destabilizing the insurance markets and raising premiums. The legality of this move comes from the ability of the government to grant exceptions in cases of hardship. Of course, if out-of-pocket coverage is scaled back, it could create such hardships.”

Regarding out-of-pocket coverage, Shalowitz said support for those expenses could wane if Congress or Trump decides to withhold distribution of the funds.

“While the premium tax credits are part of the Affordable Care Act law, the expense subsidies are discretionary. If Congress or President Trump withholds the distribution of funds, costs for those insured on the exchanges will go up significantly.”

Shalowitz said he does not foresee any effect on Medicaid since there are essentially no discretionary changes without new legislation.

Shalowitz can be reached at [email protected].