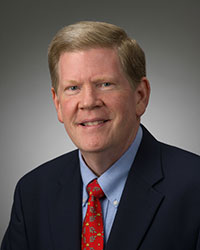 Robert Schmuhl, Walter H. Annenberg-Edmund P. Joyce Chair Emeritus in American Studies and Journalism, is available to comment on tomorrow's presidential debate, especially on the historical impact of these debates on presidential elections and Biden's chances according to history.

Schmuhl is an expert on U.S. presidents, presidential debates, and elections, and also the author of  The Glory and the Burden: The American Presidency from FDR to Trump.

As seen in Schmuhl's op-ed for Irish Independent:

"The 1960 American presidential election was a campaign like no other, featuring a multitude of historic firsts. Perhaps most significantly, it was the first time that debates on television and radio brought the contenders into the country's living rooms.

Each debate was watched by well over 60 million people - more than a third of the US population in 1960 - and a post-election survey discovered that 6pc of voters based their final decision solely on the debates. More probing of this data revealed that about four million voters made their choice because of the debates, with Nixon persuading 26pc of them and Kennedy 72pc."

What do we know about Biden's prospects based on history?

"Except for the atypical cases of Truman and LBJ (who moved up when FDR and JFK died), not a single Democrat since Andrew Jackson picked Martin Van Buren as his running mate in 1832 has moved up electorally after being second fiddle.

Except for Thomas Jefferson in the controversial election of 1800, no candidate of either party who’s been vice president has defeated an incumbent president to grab the brightest brass ring of U.S. politics."