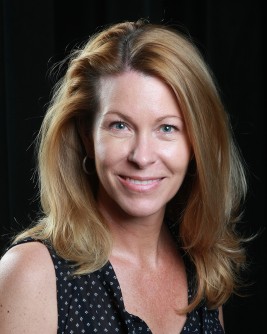 Newswise — Human voice pitch has been shown to influence how voters perceive candidates for elected office and appears to influence voters both in the laboratory and in real life as they tend to support candidates with lower-pitched voices. The remaining question is, how does this work?

A researcher from Florida Atlantic University and her colleagues sought to answer this question in a novel study, which was previously published online in the open-access journal PLOS ONE. In the study, the authors examined how voice pitch influences perceptions of the speaker in an effort to better understand why voters prefer leaders with lower voices.

“It is already known that voters prefer leaders with lower-pitched voices, because they are perceived as being stronger, having greater physical prowess, being more competent, and having greater integrity,” said Rindy C. Anderson, Ph.D., co-author and assistant professor of biological sciences in the Charles E. Schmidt College of Science at FAU. “Our study tested the idea that voters might prefer candidates with lower voices because these candidates are perceived as being older, and thus more experienced.”

Anderson and her collaborators studied the influence of perceived strength, competence and age on preference for candidates with lower voices in a two-part study. The participants in study 1 (400 men and 400 women) participated in mock elections between two hypothetical candidates in which the only information given was the candidates’ age and sex. Participants in study 2 (400 men and 403 women) listened to pairs of recorded voices that had been altered to vary only in pitch. They were then asked which voice of each pair was stronger, more competent, older and which voice they would vote for.

Results of study 1 show that when voters were asked to discriminate on candidate age in the absence of any other information, they preferred candidates in their 40s and 50s, ages at which voice pitch is lowest in both men and women. In study 2, listeners preferred candidates with lower-pitched voices and tended to perceive these speakers as stronger, more competent, and older, but the influence of perception of age on vote choice is the weakest of the three.

“Our results suggest that a preference for leaders with lower voices could reflect a preference for leaders who have age and experience, but are not too aged to lead effectively,” said Anderson. “And because voice pitch is highly sexually dimorphic, on average twice as high in women as compared to men, our results suggest that voice pitch could hurt female candidates at the polls.”

The authors caution that they do not suggest that voice pitch on its own could explain the unequal representation of the sexes in governments across the globe. Their data does show, however, that voice pitch – an anatomically and physiologically determined characteristic – may enhance the advantage of men over women in seeking positions of leadership.

“This study shows that even though voters may consciously consider their political preferences when voting for candidates, they also are influenced by subtle nuances and may not even be aware of them,” said Anderson. “These factors prompt them to make judgements based on subjective reactions and may not be relevant to a candidate’s leadership ability.”

While findings from this study add to the understanding of why voters prefer leaders with lower voices, the researchers state that there is a need to conduct further studies to test whether individuals with lower voices are actually stronger and more competent leaders.

“Perceptions of Competence, Strength, and Age Influence Voters to Select Leaders with Lower-pitched Voices” is co-authored by Anderson, Casey Klofstad, Ph.D., associate professor of political science at the University of Miami (Coral Gables), College of Arts and Sciences; and Stephen Nowicki, Ph.D., Bass Fellow and professor of biology at Duke University. The study was funded by Duke University.