SCOTUS Decision Dooms Campaign Finance Regulation as We Know It​​ 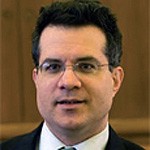 Newswise — The U.S. Supreme Court, in the McCutcheon v. FEC decision, removed the cap on the number and amount of donations a person can give during political campaigns. Gregory Magarian, JD, election law expert and professor of law at Washington University in St. Louis, says that this decision will have a major impact on campaigns – a much bigger impact than the earlier Citizens United campaign finance decision. This decision “marks then end of campaign finance regulation as we know it,” says Magarian.

For four years I’ve told anyone who would listen that the most important line in the notorious Citizens United decision was this:

“When [Buckley v. Valeo] identified a sufficiently important governmental interest in preventing corruption or the appearance of corruption, that interest was limited to quid pro quo corruption.”

Today, the Supreme Court made good on that line. The decision in McCutcheon v. FEC strikes down the aggregate federal contribution limits because they don’t serve the anti-corruption interest, as the Court defined that interest in Citizens United.

Let’s back up. Buckley v. Valeo is the case in which the Supreme Court first held that the First Amendment limits the government’s power to regulate money in the political process. The Buckley Court held that limits on campaign expenditures – a candidate’s or other person’s use of money to buy advertising time, stage a rally, etc. – will almost always violate the First Amendment.

Federal law has two kinds of contribution limits: base limits and aggregate limits. The base limit is a restriction on how much money you may contribute to a particular federal candidate or committee in any two-year election cycle. The base limit for a contribution to a candidate for federal office, for example, is $2,600 (you can give $2,600 in both the primary and general election, for a total of $5,200.) The aggregate limit – the amount you can give to all candidates, total, in a cycle – is $48,600. Larger base and aggregate limits cap your contributions to national political parties and political committees.

“Corruption” in the political process can mean different things. “Corruption” might include any exchange of money for influence over, or access to, a candidate. We could call that definition “influence corruption.” On the other hand, “corruption” might mean something narrower. It might just mean a direct exchange of money for a particular legislative vote or other action or decision. That narrower definition is “quid pro quo corruption” – one thing for another. The broader influence definition provides a much more secure constitutional grounding for contribution limits than the narrower quid pro quo definition.

Buckley v. Valeo, in allowing the government’s anti-corruption interest to justify contribution limits, didn’t specify a particular meaning of “corruption.” Over the years, most people and courts have assumed that the definition of “corruption” goes at least some distance beyond quid pro quo corruption, because the Supreme Court never imposed a narrower definition. The best reading of the Court’s decisions was that “corruption” included “influence corruption.”

Until Citizens United. That case was about expenditure limits, so the question of defining “corruption” wasn’t the main issue in the case. The media said almost nothing about the line in the opinion, which I quoted above, that limited “corruption” to quid pro quo corruption. But that line was an IED, and it just blew up.

The immediate and obvious effect of McCutcheon is that the federal aggregate limits are gone. Indeed, I think the Court’s reasoning is broad enough to invalidate all aggregate limits, state and federal. That means George Soros or the Koch Brothers or anybody can give $2,600 to every federal candidate in the country. Big contributors get to influence more elections, perhaps in a relatively minor way. But by bundling contributions from individuals – employees, say – a big contributor can have major influence. Even without bundling, a big contributor can court influence with a party, and its elected officials, by giving money to many or all of the party’s candidates.

At that point, the federal and state governments will have no power to restrict money in elections. None.

Nothing in McCutcheon comes out and says “contribution limits of all kinds are dead.” The Chief Justice’s opinion appears to take the base limits for granted. But while he’s smiling at the base limits, he slides a knife between their ribs. He’s done this, in different ways, with the Citizens United issue, with Obamacare, with voting rights. He doesn’t shoot squarely for the big, prominent target. Instead, he quietly dismantles the base that was holding the target up.