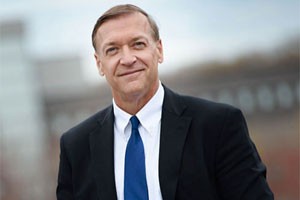 "As tax reform negotiations continue, I urge leaders in Congress to consider the adverse impacts of proposed provisions on students, research and the State of New York. The provisions proposed would significantly increase costs for graduate students, hurt institutional stability by bringing about a reduction in charitable giving, and result in a decrease in federal funding availability for research and financial aid. In addition, the elimination of the state and local income tax deduction (SALT) would cause a brain drain in New York, resulting in a reduction in state services and support for areas like higher education. Increasing the tax burden on students and universities will make quality higher education less accessible and limit groundbreaking research conducted in the United States. In particular, the negative impact resulting from a decrease in pioneering research will continue to further weaken the United States’ research prominence globally. I appreciate the work and dedication of our local delegation in trying to modify these proposals and strongly encourage them to continue to fight for a tax reform bill that will not bring about these damaging results for colleges and universities and our students and their families."
###

About Stony Brook University
Stony Brook University is going beyond the expectations of what today’s public universities can accomplish. Since its founding in 1957, this young university has grown to become a flagship as one of only four University Center campuses in the State University of New York (SUNY) system with more than 26,000 students and 2,600 faculty members, and 18 NCAA Division I athletic programs. Our faculty have earned numerous prestigious awards, including the Nobel Prize, Pulitzer Prize, Indianapolis Prize for animal conservation, Abel Prize and the inaugural Breakthrough Prize in Mathematics. The University offers students an elite education with an outstanding return on investment: U.S. News & World Report ranks Stony Brook among the top 50 public universities in the nation. Its membership in the Association of American Universities (AAU) places Stony Brook among the top 62 research institutions in North America. As part of the management team of Brookhaven National Laboratory, the University joins a prestigious group of universities that have a role in running federal R&D labs. Stony Brook University is a driving force in the region’s economy, generating nearly 60,000 jobs and an annual economic impact of more than $4.6 billion. Our state, country and world demand ambitious ideas, imaginative solutions and exceptional leadership to forge a better future for all. The students, alumni, researchers and faculty of Stony Brook University are prepared to meet this challenge.