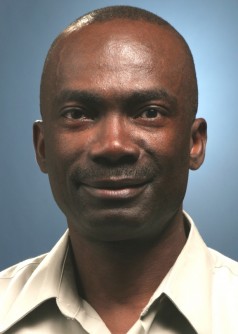 Kposowa, who has studied suicide and its causes for two decades, analyzed mortality data from the U.S. Multiple Cause of Death Files for 2000 through 2004 and combined individual-level data with state-level information. Firearm ownership, conservatism (measured by percentage voting for former President George W. Bush in the 2000 election), suicide rate, church adherence, and the immigration rate were measured at the state level. He analyzed data relating to 131,636 individual suicides, which were then compared to deaths from natural causes (excluding homicides and accidents).

“Many studies show that of all suicide methods, firearms have the highest case fatality, implying that an individual who selects this technique has a very low chance of survival,” Kposowa said. Guns are simply the most efficient method of suicide, he added.

With few exceptions, states with the highest rates of gun ownership — for example, Alaska, Montana, Wyoming, Idaho, Alabama, and West Virginia — also tended to have the highest suicide rates. These states were also carried overwhelmingly by George Bush in the 2000 presidential election.

The study also found that:

• The odds of committing suicide were 2.9 times higher among men than women • Non-Hispanic whites were nearly four times as likely to kill themselves as Non-Hispanic African Americans • The odds of suicide among Hispanics were 2.3 times higher than the odds among Non-Hispanic African Americans • Divorced and separated individuals were 38 percent more likely to kill themselves than those who were married • A higher percentage of church-goers at the state level reduced individual suicide risk.

“Church adherence may promote church attendance, which exposes an individual to religious beliefs, for example, about an afterlife. Suicide is proscribed in the three monotheistic religions: Judaism, Christianity and Islam,” Kposowa noted in explaining the finding that church membership at the state level reduces individual risk of suicide. “In states with a higher percentage of the population that belong to a church, it is plausible that religious views and doctrine about suicide are well-known through sacred texts, theology or sermons, and adherents may be less likely to commit suicide.”

Kposowa is the first to use a nationally representative sample to examine the effect of firearm availability on suicide odds. Previous studies that associated firearm availability to suicide were limited to one or two counties. His study also demonstrates that individual behavior is influenced not only by personal characteristics, but by social structural or contextual attributes. That is, what happens at the state level can influence the personal actions of those living within that state.

The sociologist said that although policies aimed at seriously regulating firearm ownership would reduce individual suicides, such policies are likely to fail not because they do not work, but because many Americans remain opposed to meaningful gun control, arguing that they have a constitutional right to bear arms.

“Even modest efforts to reform gun laws are typically met with vehement opposition. There are also millions of Americans who continue to believe that keeping a gun at home protects them against intruders, even though research shows that when a gun is used in the home, it is often against household members in the commission of homicides or suicides,” Kposowa said.

“Adding to the widespread misinformation about guns is that powerful pro-gun lobby groups, especially the National Rifle Association, seem to have a stranglehold on legislators and U.S. policy, and a politician who calls for gun control may be targeted for removal from office in a future election by a gun lobby,” he added.

Although total suicide rates in the U.S. are not much higher than in other Western countries, without changes in gun-ownership policies “the United States is poised to remain a very armed and potentially dangerous nation for its inhabitants for years to come.”