Researchers found that the average S&P 500 firm has about seven members of Congress as stockholders.

2-Mar-2017 8:05 AM EST, by University of Arkansas, Fayetteville
favorite_border 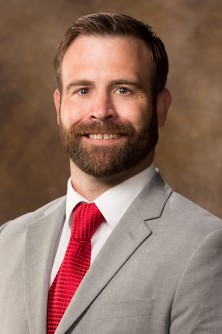 Newswise — FAYETTEVILLE, Ark. – From 2005 to 2010, the average S&P 500 firm had seven members of Congress who owned stock in the firm, and some companies had closer to 100 members owning stock, according to a new study co-authored by a management professor at the University of Arkansas.

The study also found that firms in which a greater percentage of lawmakers invest in a given year performed significantly better the subsequent year.

“Each percentage of congressional membership owning stock was worth about a 1 percent improvement in return on assets,” said Jason Ridge, assistant professor of management in Sam M. Walton College of Business. “We think this suggests that it’s possible that members of Congress use their influence to benefit firms in which they invest.”

Ridge and co-authors Aaron Hill, associate professor at Oklahoma State University, and Amy Ingram, assistant professor at Clemson University, discussed these findings in a Harvard Business Review article published last week. The article was based on “The Signaling Role of Politician Stock Ownership: Effects of Lobbying Intensity,” their study that was published in the Journal of Management.

Ridge, Hill and Ingram confirmed previous research that members of Congress, on both sides of the political aisle, have substantial stock holdings in firms that are affected by their legislative actions. Ridge, Hill and Ingram wanted to understand how this works at the company level. To do this, they compared a sample of S&P 500 performance data from 2005 to 2010 with public disclosure information about Congress members’ stock holdings as compiled by the Center for Responsive Politics.

Firms are possibly using required public disclosure laws as a new way to influence lawmakers, Ridge said. For example, he and his co-authors found that firms, armed with knowledge of which members of Congress hold stock in their companies, scale back the intensity of their lobbying efforts with lawmakers, presumably because the companies assume that owning stock aligns the interests of firms with those of stock-holding lawmakers.