Summit with North Korea Not Likely a Make-or-Break Moment, According to Virginia Tech Expert 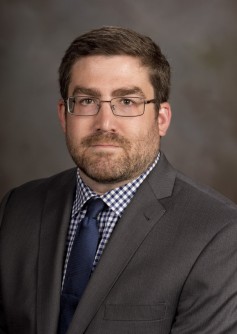 (June 8, 2018) -- It would be a mistake to view the June 12 summit with North Korea as a make-or-break moment, according to a Virginia Tech expert in nuclear politics.

“What I mean by that is to not think it has to be either a resounding success or a dismal failure,” said Paul Avey, an assistant professor in the Department of Political Science. “The reality will likely be more in the middle. Either modest progress or a setback that increases tensions but doesn't change the underlying strategic situation and make conflict inevitable.”

Avey argues the summit has the potential to be historic but we won't know for some time. If it goes well, he says it will be the beginning of a process of further negotiations which will ultimately have to result in concrete actions.

“If this puts in place a process that actually ends up with North Korea denuclearizing and allowing intrusive inspections down the road we may well look back on this as a very historic moment, on par or even beyond landmark arms control agreements in the past such as President Ronald Reagan's meetings with Soviet leader Mikhail Gorbachev in the 1980s that culminated in the 1987 Intermediate Nuclear Forces Treaty.”