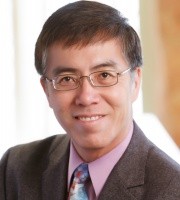 “Donald Trump’s phone call with the president of Taiwan is a result of careful planning, rather than a careless — or clueless — act,” said Wang. “Some of President-elect Trump’s key foreign policy advisors have long felt that the United States has increasingly allowed Beijing to define U.S. policy toward China and Taiwan (the media kerfuffle after his tweets attest to this tendency). As a result, this slip has reduced U.S. policy flexibility, prestige and power. They also feel that the U.S. has not accorded one of our best friends and largest trading partners with proper modicum of respect.”

“So this phone connection — believed to be the first since 1979 — was meant to re-position the U.S. as the critical player in Asian affairs, while maintaining the excuse that the president-elect is still a private citizen,” Wang added. “What will be more important to monitor would be the personnel appointments and policies he makes after taking office on Jan. 20.”

Wang is a Taiwan-born political scientist, currently serving as Dean of the School of Humanities and Sciences at Ithaca (NY) College. A former president of the American Association for Chinese Studies, he is the author of numerous articles on Taiwanese and Chinese foreign policy and domestic politics, security and international relations.

He was interviewed about the Trump phone call on Dec. 4 by Voice of America, and was quoted in the New York Times in September regarding the status of Taiwan in the international community.

Wang is available for interviews and can be reached by contacting Dan Verderosa in the Ithaca College Office of Marketing Communications at [email protected] or 607-274-1440.