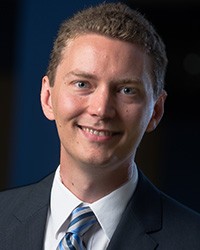 The tax reform bill passed by Congress Wednesday (Dec. 20) and expected to be signed into law by President Donald Trump doesn’t eliminate enough loopholes to simplify the system, but it does increase the U.S. budget deficit to “troubling” proportions, according to one West Virginia University economic expert.

“The recent tax reform legislation is broad and has the potential to generate many effects over time. The reduction in the corporate income tax rate and the move to a territorial corporate income tax system will likely boost capital investment in the U.S. – but the question of “How much investment?” is uncertain. The legislation does relatively little to simplify the system or to eliminate various tax exemptions, deductions, and credits – “tax loopholes” – that often create inefficiencies in the system. The legislation has distributional implications, as is true with any tax policy change. The likelihood that the legislation raises the budget deficit over the long-run is troubling, especially since the national debt is currently around 70 percent of GDP – well above its post-World War II average.”