The Day After: Researcher Available to Talk About Gender and Politics Following the First Presidential Debate 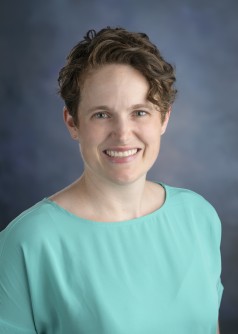 Gender was central to many issues raised during the first debate between Hillary Clinton and Donald Trump Sept. 26, from equal pay for equal work and child care, to past misogynistic statements by Trump. And gender plays a role in how the public views the candidates and their performance at the debate.

Her contact information is in the box above for logged-in registrants of the Newswise system. For further assistance, contact Jeremy Craig at [email protected].

Gershon’s research focuses primarily on the incorporation of traditionally underrepresented groups – including women, and racial and ethnic minorities – into the U.S. political system. Her work looks at the roles of communication, campaigns and political attitudes in looking to explain the challenges faced by these groups.

Unlike some previous studies, Gershon and Fridkin are recording study subjects reacting to the debate with fresh eyes – viewing the debates for the first time like viewers at home – rather than being measured while watching a recording of a debate after it has already been aired on television.

For more about Gershon, visit http://politicalscience.gsu.edu/profile/sarah-allen-gershon-2/.

Need more experts in political science and rhetoric? Visit this link on the Newswise system for more expertise from Georgia State University.