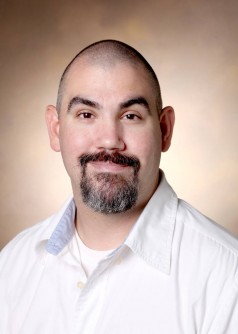 Newswise — Despite a significant decline in the traditional leadership networks through which major U.S. corporations align politically, the political activity of those corporations remain as unified as ever. New research by Josh Murray, assistant professor of sociology, suggests that this unity has persisted because these corporations are still as connected as ever—through their international, rather than domestic, connections. The study, Interlock Globally, Act Domestically: Corporate Political Unity in the 21st Century, was published in the May 2017 issue of the American Journal of Sociology.

To understand what Murray was looking for, a little history is required: Throughout the 20th century, U.S. corporate leaders often sat on more than one company’s board of directors. Companies that had at least one board member in common are directly interlocked, and companies that each had a board member sitting on the same board of a third company are indirectly interlocked.

These interlocks, both direct and indirect, created a tightly knit network of communication through which the leaders of major U.S. corporations could share ideas and concerns. The more tightly knit those interlocking board relationships were, the more likely it was that the majority of the leadership class would eventually adopt similar policy preferences and goals.

These interlocks were almost exclusively domestic—all the companies involved were American. However, for a variety of reasons, those networks began to fragment in the 1990’s and by the year 2000 the domestic network of boards of directors appeared to be completely fractured. Therefore, Murray explained, corporate interests should have also begun to fragment and become less universally reflected in U.S. policy.

But that’s not what happened. Murray noted that political science research examining this recent period of corporate fragmentation shows that U.S. policy reflected corporate interests more than any other constituency. “So it becomes this puzzle – if the mechanisms of [political] unity have disappeared, how is business still dominating policy?” Murray asked. At the time, he was studying whether globalization led to political unity among corporations. “I had a hunch that the two answered each other.”

To test his hypothesis, Murray identified 127 interlocked Fortune Global 500 companies that were either U.S.-based or foreign-based but which had U.S.-based subsidiaries, whose PACs had donated to open U.S. congressional races in the past. (He focused on open races because corporate PACs tended to prefer incumbents regardless of politics.) He then charted those donation patterns.

For purposes of comparison, Murray then charted the donation patterns of a network he knew would be entirely fractured—the single-issue, ideological PAC network. “It was completely bifurcated across party lines. Liberal PACs gave to Democrats and conservative PACs gave to Republicans. Then I compared the corporate network to that, and the corporate network is completely centered,” he said. “Relative to that fractured network, we see that the corporate PAC network is not fractured at all. They appear relatively unified, and the second question is what’s causing that.”

“The really interesting finding is that in the United States, unity between U.S. companies was predicted by having directors that serve on foreign boards,” he said. That wasn’t true for domestically interlocked companies. “So this global aspect leads to domestic unity. It was a hunch I had, but I didn’t expect it to be that striking.”

Murray also looked at how many close races corporate PACs became involved in, reasoning that, as with incumbent races, PACs would naturally cluster around the clear winner in a blowout. By the same token, a close race would force PACs to concentrate more heavily on the candidate more closely aligned with their policy goals, thereby revealing more disparate policy preferences.

“What actually happens is that the more close races there were, the more unified the PACs were.” Again, Murray found, it was that connection to an international board that best predicted this unity, and that domestic interlocks didn’t. “There seems to be evidence of a real coordination tied to this transnational network that leads to wanting to influence races and then doing it together,” he said. “The domestic sources [of unity] have declined but they’ve been replaced by this global network.”

The implication of his findings, Murray says, is that the divisions we perceive in politics may not be affecting our policies the way we think. “It’s not a case where they are unified because they’re giving to all Republicans or all Democrats—rather, both companies are giving to the same Republicans and the same Democrats. When they give to the same race, they almost never oppose each other,” he said. “Parties, ideologies, individual politicians don’t seem to matter as much as institutional connections of the people in power.”