Todd Eberly, "One of the Most Influential Voices in Maryland Politics" by 'Campaigns and Elections Magazine' Can Speak to the Media 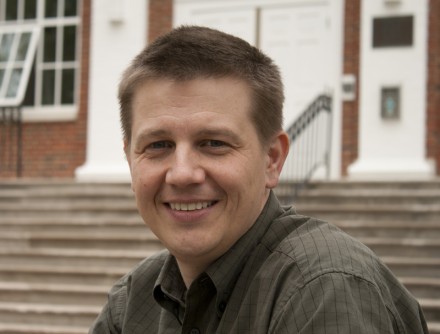 Eberly Discusses MD Primary on MPT State Circle Associate Professor Todd Eberly and Melissa Deckman ’93 discussed the primary election on MPT State Circle on June 27. Deckman is the Louis L. Goldstein Professor of Public Affairs and Chair of the Political Science Department at Washington College. State Circle has served a resource for Maryland residents to keep up to date on major political issues, pending bills and legislative news for 30 years through commentary from experts.

Newswise — Todd Eberly is an associate professor of Political Science and coordinator of Public Policy Studies at St. Mary’s College of Maryland. He specializes in American health and welfare policy, with a focus on the policy and political legacies of the Great Society. Professor Eberly’s first book, American Government and Popular Discontent was released in June, 2013 by Routledge. His second book, The Rise of Ideology in America, is expected from Rowman and Littlefield in early 2015. He is an advisor to Project Vote Smart and his analysis and commentary have been featured in the Washington Post, the Baltimore Sun, and Public Radio/Television. He has served as an expert witness in cases challenging gerrymandered Congressional districts and has consulted with the centrist organization Third Way. He was named one of the most influential voices in Maryland politics by Campaigns and Elections magazine. In 2010, the St. Mary’s College Student Government Association honored him with the Faculty Student Life Award. He lives in Southern MD with his wife and two daughters.