Trend of Celebrities Running for Political Office Will Continue Rising Despite Their Underqualification, Says Expert 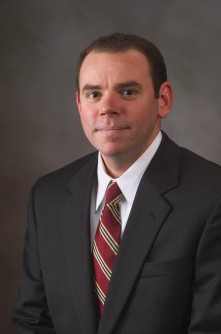 Most celebrities aren’t qualified to hold political office – but the number of stars running for office will continue to increase, says a Virginia Tech expert, citing a combination of reasons from familiarity amongst voters to exorbitant social media support.

“Celebrities are considerably underqualified to serve in political office as opposed to politicians of practice,” said John Tedesco, a professor of communication at Virginia Tech. “Celebrity figures don’t have an understanding of the give-and-take negotiation policies which our political system is built upon.”

Cynthia Nixon, who played Miranda in the popular television show “Sex and the City” is the latest celebrity to run for political office. Nixon will be campaigning for the office of New York governor. That election that will take place on November 6, 2018.

Other prominent celebrities such as Mark Cuban, Dwayne Johnson and Tim Tebow among others have expressed legitimate interest in running for political offices of various levels from local to presidential.

“Nixon will have a legitimate chance in the New York governor election because she’s a familiar known entity. When voters develop parasocial relationships with celebrities that span many years, they feel that they know the star personally. This makes them feel more comfortable voting for the familiar celebrity as opposed to a politician whom they learn of in a much shorter period of time.”

“Celebrities aren’t equipped to serve in politically representative roles because they generally have no experience being a public servant.The constant process of negotiating in politics is unnatural to them because they’re used to putting out a single product, like an album or movie, which succeeds or fails over time as they step away from it. Celebrities never face opposition in their normal life like they would in politics. They’re simply not prepared for the constant, active process of negotiation which our political system requires.”

John Tedesco is currently a professor of communication for the Virginia Tech College of Liberal Arts. Some of his areas of expertise include political communication, campaign communication, research methods, and public relations. View his full bio here.

To secure an interview, contact Ceci Leonard in the media relations office at [email protected] or 540-357-2500.