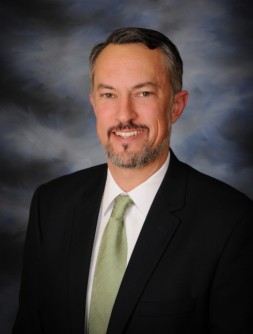 Newswise — The opposition to President Donald Trump should look to history and take cues from the writings of Umberto Eco, an Italian novelist and columnist during Silvio Berlusconi’s second stint as Italian prime minister (2001-2006), a Virginia Tech expert says.

In September 2003, Eco wrote of Berlusconi: he “is an entirely new kind of politician, perhaps a postmodern one, and precisely because his actions are baffling he is bringing into play a complex, shrewd, and subtle strategy, one that demonstrates nerve and intelligence— … the unerring instincts of a salesman … [who] doesn’t care whether his discourse hangs together, he hopes you will take an interest in some feature. Once you have fixed your mind on that, you will forget everything else. So he uses all arguments, one after another at machine-gun speed, unworried about any contradiction that may result.”

Eco, who died last year, had no idea in 2003 that Twitter would exist or that President Donald Trump would be a regular user of that medium, but Eco did know something about a rich, corporate, celebrity, pseudo-populist, narcissistic, nationalist media figure who ascended to the top of his country’s political pyramid, says Matt Gabriele, an associate professor in the Department of Religion & Culture at Virginia Tech.

And Eco did suggest some ways to resist the rapid-fire sales technique Twitter seems to have been invented for, noted Gabriele.

Quoting Gabriele “The opposition must counter Trump’s pronouncements but stop playing by his rules. Respond with positive provocations. Most importantly, the lesson we should take from Umberto Eco is to understand the rules of this new game, the underlying strategy of Trump’s pronouncements,” Gabriele said. “In other words, we all need to recognize the tweets for what they are: a sophisticated discourse with a tried-and-true history, the actions of a pushy salesman trying to sell something -- in this case, himself, without regard for what we as a country actually want or need.”

Background Matt Gabriele is an associate professor in the Department of Religion & Culture at Virginia Tech. You can read his op-ed on this topic here. Full bio.

Our studio Virginia Tech's television and radio studios can broadcast live HD audio and video to networks, news agencies, and affiliates interviewing Virginia Tech faculty, students, and staff. The university does not charge for use of its studios. Video is transmitted by LTN Global Communications and fees may apply.