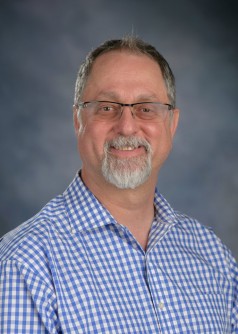 With the election of Donald Trump and the Republican Party retaining control of both houses of Congress, the Affordable Care Act (ACA) will all but certainly be repealed, a public health researcher says.

Eric Wright, professor of sociology and public health at Georgia State University, is available to discuss the repercussions of the presidential election on U.S. health care. His email address is [email protected].

His direct phone contacts are in the contact box, visible to logged in users of the Newswise system. For further assistance in contacting Wright, contact Anna Varela, Director of Communications for the Georgia State School of Public Health, at [email protected] or 404-413-1504.

The big issue is he says ‘repeal and replace,” Wright said. "The big question is what are they going to replace it with?” About 20 million people in the United States have health coverage under the ACA’s insurance exchanges, he said, creating uncertainty for them and others who have benefited from aspects of the ACA. “Are they suggesting to repeal it immediately and then figure out what to do?” Wright asked. “I think it could be quite disruptive.” Many Americans who are not on an insurance plan under the ACA could also face major changes if the law is repealed. The ACA also provides that:

• People with pre-existing conditions could not be denied insurance coverage,• Adult children could stay on their parents’ policies until they turned 26,• It is illegal to charge women more for coverage than men, which was common before the ACA,• Mammograms, colonoscopies, an annual well visit and other preventive services were to be provided for free,• Mental health coverage was required. Depending on how Trump and the new Congress proceed, Americans could be returning to an era of more “Swiss cheese” insurance plans that don’t cover certain services, Wright said.

And small to medium sized businesses (firms with 50 employees and up) who had moved their workers onto ACA exchange plans might decide to drop coverage for their employees completely. Meanwhile, hospitals could face an increase in uninsured people turning up at emergency rooms for care once they no longer have a regular doctor to go to, said Wright, a medical sociologist. And the cost controls built into the ACA could also disappear, allowing health care prices to spiral. “There’s just so many moving parts to this that makes it very complicated” to make changes, he said. “The hardest part about this is there are so many moving parts to the equilibrium… When you take out big chunks of it, you’re going to cause a whole lot of disequilibrium of the system.” “The Affordable Care Act certainly was not perfect, but it was an odd compromise among lots of players that had made significant progress” in expanding access to health care and curbing the growth of health care costs.