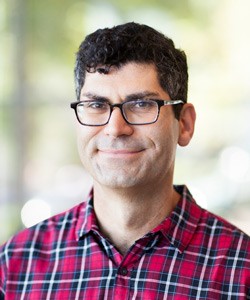 CHICAGO --- David Shapiro is assistant clinical professor of law at the Northwestern Pritzker School of Law and director of Appellate Litigation at the Roderick and Solange MacArthur Justice Center. He can be reached at 312.503.0711 (office) or [email protected].

Quote from Professor Shapiro
“The problem with President Trump publicly demanding the death penalty is that it makes a fair trial more difficult. Picking a jury pool would have been difficult enough already because this is an extremely high-profile case that many would have heard about and formed opinions about even without the President’s comments. The tweets -- and in particular, the President’s publicly prejudging the guilt of a person presumed innocent -- just make it more difficult.

"This is a problem not just for the defense, but for the prosecution, too. Ironically, while the President called for swift punishment, his tweets at minimum will slow things down by adding complication to an already complicated jury-selection process. They also increase the possibility of a guilty verdict being reversed on appeal if a juror comes into the case with a view of the defendants’ guilt already formed based on the President’s statements.

"Finally, the tweets will help to ensure that avid Trump supporters and regular followers of his twitter feed don’t make it onto the jury. That may help the defense.

"This is just the latest example of the President’s twitter feed undermining his legal priorities. His tweets about the travel ban cases were a boon to the plaintiffs in those cases too.”