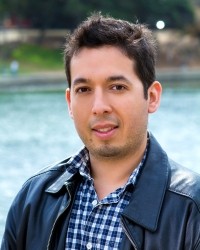 After sorting through 250,000 tweets related to the passage of an anti-immigration law, René Flores has some perspective on how Twitter can rile people up.

Flores, an assistant professor of sociology at the University of Washington, studied tweets before and after the 2010 "show me your papers" law in Arizona, and he's working on another analysis of Donald Trump's tweets as a presidential candidate.

The gist so far? Twitter rallies negative sentiment – and around immigration, in particular.

Flores believes Twitter offers enormous potential as a social science research tool. He can speak not only about its use, but also about what it can reveal in today's hyperpartisan climate. He recently participated in a Scholars Strategy Network podcast on the topic.

"People are providing data about how they think, which provides kind of a telescope for social scientists. It gives us a window into human expression and behavior we didn’t have in the past." Flores said.