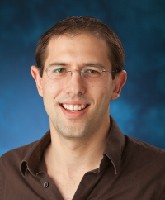 Josh Pasek, an assistant professor of communication studies and faculty associate at the Center for Political Studies

In particular, before candidates declare, they typically cannot do various activities, such as use general public political advertising to publicize their intention to campaign or take action to qualify for the ballot.

“Candidates often attempt to collect endorsements for their campaigns,” says Pasek, an assistant professor of communication studies and faculty associate at the Center for Political Studies. “This both provides an important signal on affiliations to voters and can lock in certain key supporters who will help throughout the primary election. Endorsing a candidate early in that candidate’s run can also provide benefits for party leaders and donors who find that their early support translates into additional influence should the campaign win.

"By announcing his campaign officially, Cruz is likely trying to lock in endorsements and momentum before any other Republicans who might occupy the same political territory," Pasek explained. "Cruz’s team likely believes that some other staunchly conservative candidates will be deterred by the combination of an early announcement and the commitments of key individuals who might otherwise endorse their campaigns."

In practice, this means that the people who think they are most likely to compete with Cruz are forced into an early decision. They either need to get a committee up and running quickly or to defer to Cruz for the cycle. This would particularly apply to Rick Perry, who may have many supporters in common with Cruz.

Although this is probably smart politics for Cruz, it is not necessary a benefit in the very long game. Republicans who are not competing with Cruz for the more staunchly conservative endorsements (e.g. Jeb Bush or Chris Christie) are not likely to be influenced by this decision."