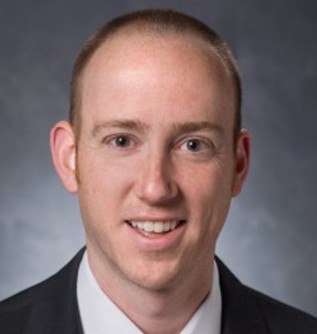 Andrew P. Owsiak is an Associate Professor in the Department of International Affairs at the University of Georgia. Owsiak's research examines rivalries between countries, the causes of international conflict, crisis diplomacy, alliance structures and their behaviors, and peace processes and conflict management.

Members of the media are free to use these comments on the recent tensions involving North Korea or contact Owsiak for more expert opinions. UGA has a VideoLink studio available for broadcast interviews.

Q: Why does North Korea engage in threatening behavior toward South Korea and others?

A: The reasons countries like North Korea engage in threatening behavior might be offensive or defensive. North Korea’s behavior often is classified as falling within the offensive category — that is, many think that they threaten South Korea and others because they have inherently aggressive intentions (for example, wanting to take land from South Korea or provoke a fight to enhance their reputation). In reality, I think much of their behavior comes from a defensive motivation. They are isolated from the international community — partly as a result of their decisions and partly as a result of the international community’s decisions. Moreover, from their perspective, they have a long-standing threat on their southern border (South Korea), a major state that regularly threatens them and assists their southern neighbor (United States), other states that cooperate with both of these actors, and few allies. This strategic situation will make them feel threatened, encircled, and therefore, insecure, which then prompts them to threaten others as a way both to signal their strength and, relatedly, to deter others from attacking them.

Q: When tensions intensify, what steps are most likely to lead to war/violence as opposed to peace?

A: In general, steps that escalate tension involve the threat, display, or use of military force. A country often intends these actions to deter aggression from other countries — that is, to decrease the possibility of war — because they perceive such actions to be clear signals of how willing they are to fight over the issues under dispute and how competent they are with the military should a fight occur. Unfortunately, these actions often have the opposite effect; they can (even if unintentionally) instead suggest that the acting country itself has aggressive intentions (not defensive ones). The target country of such actions therefore often responds with military force as well, so as to not be caught off-guard if a war occurs and to signal its strength and how important the issue under dispute is to them, thereby escalating the conflict instead of de-escalating it.

A: This question arises often. Essentially, people asking it want to know why North Korea makes decisions that they believe “do not make sense” — or that they would not make. I would argue that this is the wrong way to think about “rationality.” A rational actor simply forms clear, coherent goals; provides a prioritizing order to those goals (e.g., I want A more than I want B); and adopts the most beneficial path (or objectives) for it to achieve those goals. North Korea does each of these things. We may disagree with what it values (or wants) and how it goes about fulfilling these wants, but that alone does not make its behavior necessarily irrational. When we focus instead on what North Korea wants and how it prioritizes these wants — that is, when we try to understand it as a rational actor — we can then work with it to find potential non-violent paths to achieving its goals.