@UMGermDept Prof. Andrei Markovits on German elections: There's no question that Angela Merkel will win, it is only a question of by how much. 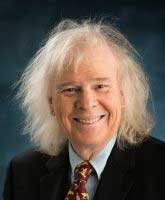 German elections: Who will Merkel lead with?

Newswise — On Sept. 24, Germans will elect their new parliament, called Bundestag, which in turn will select a chancellor who needs 50.1 percent of Parliament's support to govern. Chancellor Angela Merkel has led a so-called grand coalition since 2013 with a coalition of two parties, her own Christian Democratic Union/Christian Social Union and the rival Social Democratic Party.

Andrei Markovits is currently an Arthur F. Thurnau Professor and the Karl W. Deutsch Collegiate Professor of Comparative Politics and German Studies in the Department of Political Science and the Department of Germanic Languages and Literatures at the University of Michigan. He discussed the issues affecting the 2017 Federal Election in Germany.

Q: Has the presidency of Donald Trump helped or hurt the chances of right-wing European parties to get elected?

Markovits: Trump has become such a boogey man. He's such a negative example that he's become a burden for the European right. I'm absolutely convinced that in the Austrian presidential election the progressive candidate Alexander Van der Bellen defeated his right-wing rival because of the Trump effect and am virtually convinced that Marine Le Pen lost as big as she did—she would have lost anyway—because she was identified with Trump.

I am also convinced that in some ways the AfD (Germany's right-wing party, Alternative for Deutschland) has also suffered the Trump negativity. People just hate him, including the right, because he is so unspeakably weird. It's not even the content of his policies. I mean, partly it is the content of his policies, but most important it's his whole package, his whole persona, the whole of what he has brought that people are just appalled by.

He is the epitome of American uncouthness and that people can openly campaign against and want nothing to do with. The AfD and the European far right has a Trump problem and that's one of the reasons its support has declined.

Q: Has that rejection of Trump fueled support for Angela Merkel across Europe?

Markovits: It's funny because Angela Merkel is one of the few German politicians that loves the United States and was always very Atlanticist. And to her this is horrible, she wouldn't want this cooling of trans-Atlantic relations. She has become 'faute de mieux' the West's leader, a leader despite herself. She didn't want this. But there is no question that Trump has become such a liability that Merkel has entered this vacuum and assumed the mantle of leadership for two reasons: Germany is clearly far and away the dominant power in Europe; and Merkel is the only adult in the room.

Q: Does Merkel need to worry about whether she will win the election?

Markovits: In Germany, the switches in government happen by virtue of coalition partners switching, not by voters voting for or against certain parties. Only twice in the history of the Federal Republic of Germany have governments changed by dint of the voters' decisions at the ballot box. All other changes have occurred by dint of parties switching coalition partners with none being more fickle and crucial than the FDP which failed to get the necessary 5 percent nationwide to enter the Bundestag in 2013 but which will most assuredly return to the parliament this time around.

But the FDP was the kingmaker in a two-and-a-half party system which, in the meantime, has morphed into a six-party system. And because of that there's a lot of volatility as to who will form the next coalition. That's the only question here. There's no question that Angela Merkel will win, it is only a question of by how much. At the moment, she's getting 37, 39 percent. Clearly she needs a coalition partner or partners.

Q: Are there any hot-button issues we should pay attention in the German election?

Markovits: There's a great saying in German: "Die suppe wird nicht so heiß gegessen wie gekocht," the soup is not eaten as hotly as it's made. This is very, very important for post-War War II German politics. When it comes to elections, things cool off. The German voter doesn't want extremes. The German voter kind of said we've had enough extremes in the 20th century, thank you very much. We will go with the true and tried and the trusted. After all, things are very good in Germany, it's still a very rich country.

I think this is a cake walk for Angela Merkel. It will be amazing when she wins, and when she forms a government she will equal Chancellor Helmut Kohl's 16 years in this leadership position and surpass Konrad Adenauer's 14 in her longevity. Only the venerable Otto von Bismarck will have served as Germany's chancellor for a slightly longer period than Angela Merkel will have when everything is said and done. This is amazing. She's a fascinating story.