Professor Available to Discuss the Politics of Environmental Policymaking 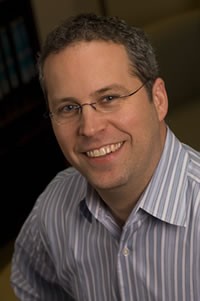 Stacy VanDeveer, associate professor of political science at the University of New Hampshire

Newswise — Stacy VanDeveer, associate professor of political science at the University of New Hampshire, is available to discuss the complexities and contradictions regarding climate policy in North America, and the politics of U.S.-EU energy and environmental policymaking.

VanDeveer is the editor of two recent books:

North American Climate Change PolicyContradictions in North American climate change policy are numerous and significant, according to VanDeveer. For example, the U.S. federal government rejected the Kyoto Protocol and mandatory greenhouse gas (GHG) restrictions, but California developed some of the world's most comprehensive climate change law and regulation. Canada's federal government ratified the Kyoto Protocol, but Canadian GHG emissions increased even faster than those of the United States. Mexico's state-owned oil company addressed climate change issues in the 1990s, in stark contrast to leading U.S. and Canadian energy firms.

“Although national climate policies vary widely, we found even greater policy conflict at the state, regional, and local levels. When states, provinces, cities, large corporations, NAFTA bodies, universities, NGOs, and private firms develop different and separate policy initiatives, it limits the effectiveness of coordinated multilevel climate change governance. And in North America, unlike much of Europe, climate change governance has been largely bottom-up rather than top-down,” VanDeveer says.

U.S.-EU Environment and Energy PoliticsAlthough the United States and European Union face common environmental and energy challenges, they often have taken different approaches to solving them, according to VanDeveer.

“The EU and the U.S. face many common environmental and energy challenges, such as the need to reduce greenhouse gas emissions, reduce toxics emissions and exposure, regulate electronic waste, develop policies on genetically modified organisms, and food and agricultural safety issues,” VanDeveer says. “But in recent years they have often taken very different approaches to regulating them – at different levels of government. Where the United States was the usual global leader on environmental and consumer safety regulation, the EU has now caught up and often taken the lead with more stringent regulation.”

VanDeveer says this means the European Union increasingly influences global standards more than does the United States, and the EU regulations increasingly force U.S. companies operating in Europe to abide by EU rules.

To improve the transatlantic relationship regarding environmental and energy policies, the book suggests that policy makers on each side of the Atlantic pay more attention to environmental and trade politics at multiple levels of government.

“In other words, while Washington and Brussels may have persistent differences, environmental leaders and some private sector organizations often have substantial agreements, and they are often in frequent contact,” VanDeveer says.

“The Obama administration has increased agreement around broad goals related to climate change, though there are many differences in terms of details. Also, both sides have moved closer together on issues such as agricultural safety and combating livestock diseases, and they tend to learn a great deal from one another around renewable energy issues and some waste and toxics standards. If the U.S. Congress and the Obama administration prove more willing to actually ratify treaties that the U.S. signs, it might also improve cooperation,” VanDeveer says.

Stacy VanDeveer is an associate professor of political science at the University of New Hampshire. His research interests include international environmental policymaking and its domestic impacts, the connections between environmental and security issues, and the role expertise in policy making. He has authored and co-authored numerous articles, book chapters, and working papers and reports. He has co-edited four books: “Changing Climates in North American Politics: Institutions, Policymaking, and Multilevel Governance,” (MIT Press, 2009), “Transatlantic Environment and Energy Politics,” (Ashgate, 2009), “EU Enlargement and the Environment: Institutional Change and Environmental Policy in Central and Eastern Europe” (Routledge, 2005), and “Saving the Seas: Values, Scientists, and International Governance,” (Maryland Sea Grant College, 1997).

The University of New Hampshire, founded in 1866, is a world-class public research university with the feel of a New England liberal arts college. A land, sea, and space-grant university, UNH is the state's flagship public institution, enrolling 11,800 undergraduate and 2,400 graduate students.

A reporter's PressPass is required to access this story until the embargo expires on 26-Jul-2021 12:15 AM EDT The Newswise PressPass gives verified journalists access to embargoed stories. Please log in to complete a presspass application. If you have not yet registered, please Register. When you fill out the registration form, please identify yourself as a reporter in order to advance to the presspass application form.

Michigan patients now have increased access to safe, affordable care with the signing of HB 4359 by Governor Gretchen Whitmer. The law removes supervision requirements for nurse anesthetists and grants them the authority to collaboratively participate in a patient-centered healthcare team.

While attending a conference at the Universidad Nacional Autónoma de México in Mexico City several years ago, Sharon Borja was struck by the story of a young man who, as a child, joined his parents repatriating to their native country of Mexico.