Expert: University of Washington -- the Dangerous Implications of a Trump-Putin ‘Bromance’ 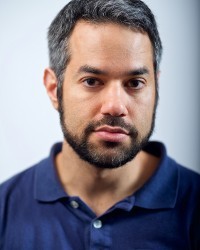 "It’s striking the extent to which Russia is an active player in this election — real or imagined," says Scott Radnitz, an associate professor in the Henry M. Jackson School of International Studies at the University of Washington in Seattle. He also directs the Jackson School’s Ellison Center for Russian, East European, and Central Asian Studies.

"In the final days before the election, the specter of Kremlin–Trump ties may be the Clinton campaign's strongest weapon to change the conversation from the recent developments with the FBI’s investigation of Clinton’s emails," Radnitz says.

Radnitz researches the post-Soviet region, covering protests and authoritarianism as well as informal networks and identity, particularly in Russia, the Caucasus and Central Asia. This year he was appointed to a five-year term on the advisory council to the Kennan Institute at the Woodrow Wilson Center in Washington, D.C. He is currently writing a book on conspiracy theories in Russia and the former Soviet Union.

Radnitz has provided commentary on post-Soviet topics for media outlets such as The Washington Post, Foreign Policy and Slate, among many others.

“In Russia, there’s a lot of hope that Hillary Clinton will be defeated; however, the Kremlin should be careful what it wishes for. To an unusual extent, we are unable to predict what a Trump foreign policy would look like. Putin is skilled at the politics of personal insult, and one of Trump’s defining characteristics is his thin skin. This combination could lead to disaster for both countries.”

• Why Russia and not Iran?

“Even while it’s unlikely that Trump is being actively manipulated by the Kremlin, it is striking how Trump advocates changing American policy to be more accommodating to Russia. By comparison, Trump has taken the Republican line in criticizing the Iran nuclear deal. Yet, the same argument could be made that the U.S. has an interest in improving relations with Iran, also one of America’s longstanding adversaries. So why Russia and not Iran?”