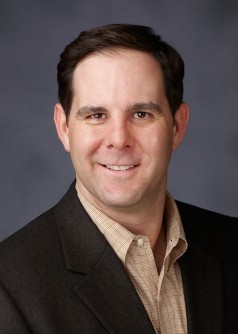 Newswise — As an electorate, Nevadans traditionally have been a little lackluster about the civic duty to vote. The state’s turnout among registered voters in presidential election years usually falls between 70 and 80 percent, a respectable rate. But the percentage of eligible residents who are registered to vote is unusually low. The state’s transient population and high percentage of undocumented immigrants helps keep the voter rolls down, and, at 14 percent, Nevada has the nation’s lowest percentage of voters born in the state.

The lack of engagement means that relatively small shifts in voting patterns can have a major effect on the results of statewide elections — and on which presidential candidate earns the traditional swing state’s six electoral votes.

Damore, 46, studies campaigns, elections, and policymaking at the national and state levels. The Modesto, California, native is working on projects examining the policymaking capacity of the Nevada Legislature, the causes and consequences of the growth in Nevada's Latino community (with John Tuman), and how Nevada's geography has shaped the state's politics and economy.

A FEW FACTS*Nevada’s electorate, reflecting its population, has grown far more ethnically diverse in the last 20 years. As recently as 1998, close to 90 percent of Nevada voters were white. By 2012, that percentage had fallen to 67 percent — while the Latino percentage had grown to 15 percent and the black percentage to 10.

*In 2012, 81 percent of registered voters cast ballots, but they made up only 56 percent of eligible voters.

*The last presidential election, in 2012, marked the only time this century that the total number of ballots cast in Nevada topped 1 million.

How does low or inconsistent turnout affect Nevadans’ representation?Because urban and transient voters are more likely to cast votes in presidential election years rather than midterm elections, and usually vote Democratic, Nevadans’ representatives in Congress and the legislature are majority-Republican — even though Nevada has more registered Democrats than Republicans.

Does the Republican-Democrat split depend on where voters live?To a surprising extent, yes. It’s more than just Democrats living in cities and Republicans in rural and exurban areas. In Las Vegas, Damore says, the Highway 215 beltway marks a de facto dividing line between the two voting blocs: Democrats live inside the beltway, Republicans outside it.

Damore also refers to the so-called “Whole Foods hypothesis” that gained some traction among political scientists in 2012: If a county contains a Whole Foods, it’s likely to vote Democratic; if it contains a Cracker Barrel, it goes Republican.

Also, it’s a rule of thumb in Nevada politics that Washoe, which contains Reno, is the critical swing county. “Basically, Republicans can’t win statewide if they don’t carry Washoe,” Damore said. “What I’ve always heard is that Harry Reid (a Democrat who is soon to retire as Nevada’s senior U.S. senator) always put his best people in Washoe.”

What effect does the low percentage of native Nevadans have on voter turnout?It means Nevada voters as a whole are less predictably partisan, Damore said, and a number of them don’t have the benefit of having lived here long enough to be informed about issues particular to Nevada. “They usually don’t invest to learn about politics here,” he said. “And they’re generally more susceptible to short-term campaign effects because they don’t have those roots in the community.”

Learn moreDamore teamed up with Robert Lang of Brookings Mountain West to produce Here’s Why Nevada Matters during the primary season for Politico magazine.