UNLV Expert on Why the Latino Vote Matters 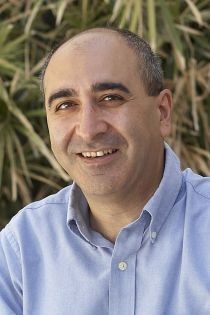 Newswise — Even before this election year, the status of undocumented Latino immigrants, particularly from Mexico, emerged as a key and divisive issue in political discourse. So has the United States’ trade agreements, such as the North American Free Trade Agreement (NAFTA), with Latin American countries. The energy surrounding the issues is likely to drive more U.S. citizens of Latin American descent than ever to the polls.

A few factsPeople of Latino descent make up 28 percent of Nevada’s population and 31 percent of Clark County’s.In 2012, 71 percent of Latinos nationwide voted for President Barack Obama.The portion of the Nevada electorate that self-identified as Latino increased from 12 percent in 2000 to 18 percent in 2012.About 26 percent of UNLV’s fall 2015 undergraduate student body reported being of Hispanic descent.

Why this issue matters

What drives Latino voters?Immigration policy, specifically the threat of deportation of undocumented Latino immigrants. “It’s consistently in the top two or three issues among Latinos,” Tuman said. “Many people in Nevada are foreign-born and tend to know people from Mexico who are not documented and may be at risk of deportation. For that reason, immigration reform continues to resonate among them in the United States and in Nevada.”

Is there reason to believe Latino voters will turn out in higher numbers this year?Initial polling data is anecdotal but suggests “a great deal of interest among Latinos in registering to vote,” Tuman said. “There’s also been a real surge of interest in applications for citizenship among permanent residents in Southern Nevada, especially Las Vegas. And that might mean the margin of difference in Nevada — It’s a competitive state.” There’s some precedent for this. Higher-than-expected Latino voter turnout in the 2010 race for U.S. Senate helped Harry Reid achieve a surprise victory over Sharron Angle, who proposed stricter immigration and deportation policies.

Why is NAFTA, which took effect in 1994, such a big issue two decades later?Especially among white, male, working-class voters, the North American Free Trade Agreement may serve as a proxy for more generalized anxiety about trade agreements and the globalization of labor, or even more broadly as a stand-in for concerns about immigration, Tuman said. The actual agreement has little effect on Latino workers in Nevada, most of whom work in hospitality, construction, and other sectors not covered under such trade agreements.

What other concerns drive the Latino vote?Latinos in low-paying jobs still have lingering issues with employment. The labor market has for Latinos improved somewhat since the recession that began in 2008, Tuman said, but not to pre-2008 levels.The hospitality sector seems to have recovered more quickly than construction, which generally requires more education and skill among workers. But even in the Culinary Workers Union, Southern Nevada’s largest private-sector labor organization, the unemployment rate has fallen to only 8 percent; that’s down from a peak of 18.6 percent in 2010, but higher than the less than 5-percent rate in 2007, Tuman said.