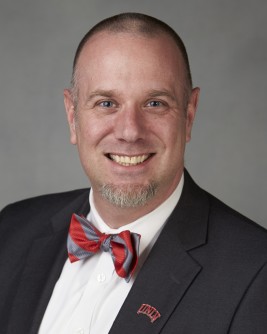 Newswise — Jacob Thompson — coach and director of UNLV's nationally recognized, award-winning debate team and a professor of communication studies — is a media darling on the subjects of political and presidential debates, argumentation theory and practice, persuasion, and the rhetoric of American foreign policy.

Under his leadership, the UNLV Sanford I. Berman Debate Forum has risen rapidly since its rebirth in 2007 and has been ranked among the best teams in the nation for several years.

Thompson's expertise has been highlighted in more than a dozen local, regional, and national media publications. He created a new class to teach this fall in which students analyze the history, criticism, political contexts, candidates' communication strategies and tactics, public perceptions and receptions, and media's campaign coverage since the first televised presidential debate was held in 1960. He is also the primary architect of a special presidential debate lecture series at UNLV featuring renowned scholars from across the country.