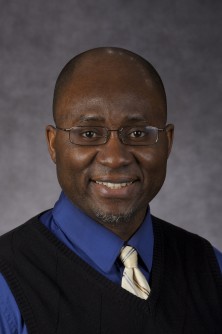 With the recent news that more than 20 million people across four countries in Africa and southwest Asia, including nearly five million in South Sudan alone, are on the brink of starvation, many are asking what the United States can do to help.

Stan Chu Ilo, a DePaul University research professor of African Studies and World Christianity, a research professor with DePaul’s Center for World Catholicism & Intercultural Theology, and the founder and president of Canadian Samaritans for Africa, is an expert on African intellectual and political history. He recently wrote an opinion contribution to The Hill in late February titled “South Sudan: Another African tragedy.” That article is available at http://bit.ly/TheHillSouthSudan.

“Something must be done urgently to save South Sudan, and there is no other nation better positioned to help bring this about than the U.S.,” said Ilo in the article. “This is the first serious humanitarian crisis in Africa facing the new Trump administration, and many Africans are hoping that President Trump will mobilize the international community as Barack Obama did in the face of the Ebola crisis.

“For starters, the U.S. and the United Nations must impose an arms embargo on South Sudan including punitive sanctions against the government army, the rebels and all senior commanders involved in perpetrating human rights violation especially against vulnerable populations: women and children,” Ilo added.