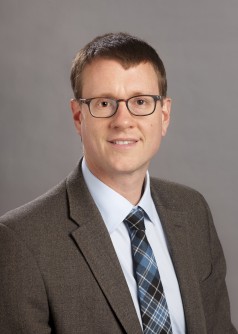 Ora John Reuter is an assistant professor of political science at UWM whose research focuses on authoritarian regimes and post-Soviet politics. He is an expert on Russia and its contemporary politics. Dr. Reuter is available to discuss the 2018 Russian presidential election, recent developments in US-Russia relations and political developments in authoritarian regimes. He also is senior researcher at the International Center for the Study of Institutions and Development Higher School of Economics - Moscow

In spring 2017, Cambridge University Press published his book, “The Origins of Dominant Parties: Building Authoritarian Institutions in Post-Soviet Russia.” Reuter holds a bachelor’s degree from Sewanee: The University of the South and graduate degrees in political science from Emory University. He was a Fulbright Research Scholar Fellow in Kyiv, Ukraine and lived there for a portion of the Orange Revolution in 2004. He speaks Russian and some Ukrainian.

His resume, several book chapters and journal articles can be found online.