The federal government expands its contract with Scott Parrott, director of the Methodology and Statistics Support Team at the School of Health Professions 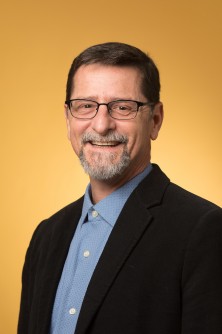 Scott Parrott, director of the Methodology and Statistic Support Team at the Rutgers School of Health Professions

Scott Parrott, a Rutgers professor with more than 30 years of experience in methodology and statistics, will work with the U.S. Department of Veteran Affairs (VA) to create a database of evidence linking toxic exposure to burn pits to diseases such as cancer.

For Parrott, director of the Methodology and Statistic Support Team at the Rutgers School of Health Professions, his work is personal: His son-in-law was a service member for two tours in Iraq, (2011 and 2015) and one tour in Afghanistan (2018) and was a military contractor in Kuwait in 2020. A decade later, Parrott’s son-in-law has problems breathing and is part of the VA study on lung injury because of his exposure to the burn pits.

“When he returned from Kuwait I knew he had frequent respiratory infections, but he never complained,” Parrott said. “This spring he and I were carrying boxes up and down three flights of stairs and he was wheezing and would often stop to rest. Suddenly my ‘family brain’ and ’academic brain’ clicked and I realized what I was seeing.”

“I’ve never once heard him complain, but I can see how frustrating it is for him – an otherwise healthy veteran in his mid-30s – that he cannot swim, hike, kayak or even jump on the trampoline with his daughter like he used to enjoy,” Parrott said.

The professor’s contract with the VA allows for the hiring of a team to set up infrastructure that will provide continuous updates of scientific data related to ill veterans that can be easily accessed by scientists, researchers, policymakers and military family members.

President Joe Biden recently signed into law a bill expanding health care benefits to veterans exposed to burn pits who have problems breathing after mild exercise such as climbing stairs. While doctors started to tie respiratory illnesses to burn pits used to dispose of medical wastes, plastics and military vehicles during the Middle East wars, there was no conclusive data to link the ailments to inhaling airborne toxins emitted from burn pits.

The VA is looking at 23 conditions and rare respiratory cancers it said may be linked to exposure to airborne hazards. Department officials have asked Parrott to help synthesize scientific research to help prove its case.

His new work will build upon the evidence database he is already building tracing the different diseases afflicting veterans who served in the Gulf Wars, the first beginning in 1991 and the second in 2003. Parrott’s contract has been expanded by an additional year.

“The challenge is that this is all observational data,” Parrott said. “The goal here is not to reach certainty, but to determine whether the preponderance of evidence makes it reasonable to believe that this is the explanation – what soldiers were exposed to in the Gulf wars is causing illness.”

He will develop a process for a “living review” so that, as research comes out, the data becomes quickly and continuously updated. Parrott said he hopes the data will better inform decisions by policymakers and more quickly lead to better health care and disability benefits for veterans sickened from exposure to burn pits like his son-in-law.

“This is really cutting edge,” he said. “And as an Army dad, it is something I think is critically important.”