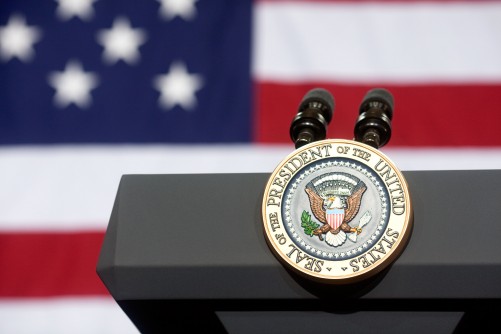 Quoting Avey“There really are two sets of controversies regarding the National Security Council, though they interact with one another. The first was the appointment of Steve Bannon to the NSC Principals Committee — a group that includes many of the key players short of the president and vice president. That seemed to elevate someone who was primarily a political advisor to the heart of the NSC.”

“It also led some to question just how much influence Michael Flynn was going to have. If there was some internal jockeying for position or confusion on the NSC, that can help explain the somewhat contentious initial implementation of the president's immigration orders, which seemed to lack coordination across a number of key players.”

“The second controversy, of course, is the revelation that Gen. Flynn did discuss policy issues, specifically U.S. sanctions, with the Russian ambassador. The issue now is Flynn's subsequent characterization of those calls. If Flynn misled Vice President Pence or others in the administration about the nature of those calls that's largely a political issue; if he lied to the FBI about the nature of those calls then it may become a legal issue with possible criminal charges.”

Karen Hult is the chair of the Department of Political Science at Virginia Tech’s College of Liberal Arts and Human Sciences. Her research and teaching at Virginia Tech includes organizational and institutional theories, the U.S. presidency, executive branch bureaucracies, and the U.S. judiciary.

Quoting Hult“What strikes me as perhaps a larger story here is the inclusion of White House Chief Strategist Steve Bannon on the National Security Council, and the limited involvement of the Director of National Intelligence and Chairman of the Joint Chiefs of Staff. It’s not fully unprecedented in the case of including White House staff other than those linked to the National Security Council, but quite surprising given the explicit removals and the addition of Bannon, a political strategist.”

“The controversy over Michael Flynn suggests as well both a possible lack of familiarity by the administration with the NSC and NSC staff and a strong effort to change the course of U.S. policy.”