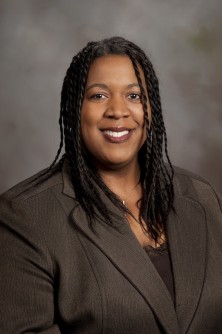 Quotable“When we are able to hear it, give it a name, and then draw conclusions about it, we chip away at the silence that stifles so many suffering voices,” says Faulkner. “We can always engage in conversations about what is acceptable and unacceptable, but that conversation is more meaningful when we have examples to discuss.”

“We have such a long way to go before female candidates are on equal par with male candidates in regard to media coverage and assumptions about ability. It will be interesting to see whether the national discussion encourages or discourages women at the state and local level during subsequent elections.”

About FaulknerFaulkner teaches courses in public administration, constitutional law, and the politics of race, ethnicity, and gender.

Schedule an interviewTo secure a live or recorded video interview with Brandy Faulkner, contact Bill Foy in the Media Relations office at 540-998-0288. Our studioVirginia Tech’s television and radio studios can broadcast live HD audio and video to networks, news agencies, and affiliates interviewing Virginia Tech faculty, students, and staff. The university does not charge for use of its studios. Video is transmitted by LTN Global Communications and fees may apply.