Walls, Firewalls and Minority Politics in 2016 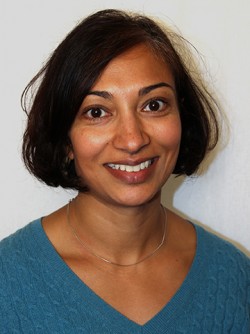 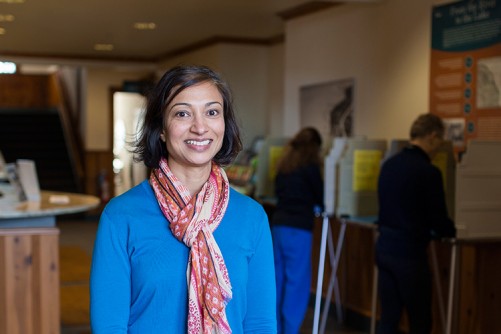 Newswise — We’ve heard talk of Hillary Clinton’s so-called “firewall” of African-American voter support in the southeast. We’ve heard proposals from Republican candidates for a very different wall in the southwest. It’s made for a sharp focus on minority politics in 2016.

Paru Shah, a University of Wisconsin-Milwaukee associate professor of political science, has watched the shifting minority voter landscape for most of her scholarly career. She shared her observations on the role of those voters in the current presidential campaign.

In terms of raw numbers, is it fair to say that the Latino and African-American populations are the most important minority segments of the population?

What are the important similarities and differences between Latino and African-American voters?

Broadly speaking, these groups share socio-economic status, similar life circumstances in terms of segregation and poverty, and educational gaps. There’s a lot of older political science literature that argued that these groups have shared interests and should work together, but we see almost no evidence of that. There have been moments, of course, such as Harold Washington’s run for mayor in Chicago, and Barack Obama’s campaign.

There’s been a really interesting shift in how people think about minority politics in the United States. You hear so much less about “the brown and black vote.” It’s all about the Latino vote. This has created some tension, with some perception that Latinos might be gaining at the expense of African-Americans.

Can you point to an example of that?

There are a lot of places that have traditionally been African-American, in California and in the South, that are seeing huge influxes of Latinos, which changes the way we think of the dynamics. It used to be white power versus nonwhite power, but now it’s about whether African-Americans are losing political power as a result of immigration.

Milwaukee’s an interesting place, too. African-Americans have worked very hard to achieve political power here. Right now, the numbers are pretty even, but if there were to be a large Latino influx, it would really change the dynamics.

In a recent talk about Latino turnout, you mentioned the “GOP’s Latino problem.” What does that mean?

After the 2012 election, the GOP saw Mitt Romney get something like 23 percent of the Latino vote. There’s a lot analysis that says you cannot win the presidential election without the Latino vote. Many Latinos identify themselves as independent, so there was a sense in the GOP that they could make significant inroads.

The GOP outlined strategies to improve their Latino voter turnout, but some of the recommendations, notably support of comprehensive immigration reform, have gotten little traction among the Republican candidates. There was some hope that Cruz or Rubio could win Latino voters largely by virtue of being Hispanic themselves, but that alone couldn’t overcome some of the positions they took on immigration, as well as economic policy. Only Jeb Bush embraced that strategy, but he got hammered for it in the primaries.

Is that something you can generalize beyond the Latino vote?

Well, the GOP seems to have given up on the African-American vote, so their strategy has been to focus on Latinos, but they don’t seem to have been successful. But of course, African-Americans can be very important in swing states, so candidates ignore them at their peril.

We’ve heard of Hillary Clinton’s firewall in the south, whereby her popularity among African-Americans stymies any opponents’ momentum. Will there be a similar effect here in Wisconsin?

In Wisconsin, party identification is strong. Voters tend to feel you should have paid your dues within the party to gain their support. While the numbers aren’t as dramatic as they’ve been in the South, party loyalty will probably be apparent in minority support for Clinton. She can point to things that she and the party have done for those voters in a way that Sanders can’t. However, I still expect Sanders to pick up much of the younger voters.

Would you say the voter ID laws have a greater impact on minority voters?

I would. Research has shown between a 5 and 10 percent drop in voter turnout nationwide because of these laws. There are two effects here. First, some people are prevented from voting by the lack of a voter ID. Second, there are complications at the polling places, which can lead to long waits, and voters may find that discouraging.

How do you expect the minority vote to affect the runups to the conventions?

I think we’ll see higher voter turnout because there is still competition. There’s a huge push to get minorities mobilized, so I think the minority voter turnout will remain high. For reasons we’ve discussed, this will be more pronounced in the Democratic race.

We know this is an anomalous – well, weird – election year, but could you hazard a guess about how minority voters will affect the general elections in November?

At this point, it seems likely to me that the Democratic candidate will win, and that Clinton will be the Democratic candidate in November. But eight months ago, I thought there’d be no way we’d be talking about Donald Trump in March. One of the things that can hamper political scientists is that we tend to look to the history to inform the future, so we are sometimes shocked when things don’t go our way.

My sense is that if roads aren’t open to Donald Trump, he’ll make his own, which opens the possibility that he’d run as a third-party candidate. Trump has sparked something in people that the GOP hasn’t been able to spark for a very long time: His supporters want someone who is far removed from everyday politics, so there would likely be a lot of support for him to run as a third-party candidate if a brokered convention denied him the Republican nomination.

All of this might reduce the impact of minority voters, but it’s a mistake for either party to treat any voters as though they matter less. There’s always the next election. 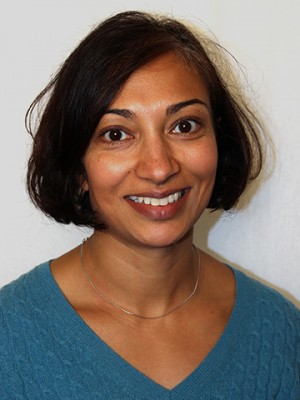 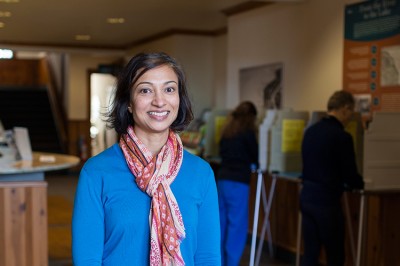