Walmart, as Channeled Through the Egyptian Book of the Dead, Proves Fertile Ground for Fiction 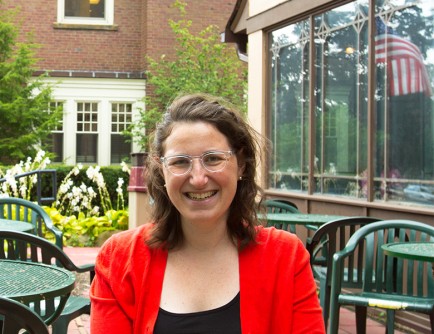 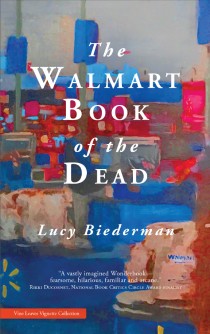 The Walmart Book of the Dead

Newswise — Living on a graduate student stipend in the Deep South, writer Lucy Biederman had few shopping options—so she found herself frequenting a place at once mysterious and magical to her: Walmart.

Roaming its aisles packed with products and people procuring them, she saw the retailer beyond the agenda-driven chorus of categorizations that can be more reflective of America's political divide than specific to the store itself.

"The last thing you'd expect is for someone to not have an opinion about Walmart," said Biederman, a lecturer in English at Case Western Reserve University, "but a lot of these opinions can be too easy.

"The closer you get, the more complicated it gets," she said. "It's similar to death in that way."

Such a setting proved to be fertile ground for her fiction. But what gave the project shape were two outside forces: the incessant 2016 presidential campaign, as experienced in one of the country's most conservative states (Louisiana), and her growing fascination with The Book of the Dead--a loose collection of ancient Egyptian writings and illustrations said to act as a guidebook for spirits navigating the afterlife.

What eventually emerged was Biederman's first published novel, The Walmart Book of the Dead. Earlier this year, it won the Vignette Award from Vine Leaves Press, which is releasing the work as a paperback and e-book on Oct. 26.

Like its Egyptian namesake, The Walmart Book of the Dead contains spells and illustrations (albeit as descriptive passages), using them to craft a loose narrative in short chapters centered around a different character; there's a shoplifter, circuit court judge, hustler and, of course, a greeter.

"My characters probably would have voted for Donald Trump," Biederman said. "I felt sorry for them as I wrote the book because I thought he was going to lose. When he won, I realized [they] were so much more powerful than I thought.

"That's one of the magical things about writing," she said. "You write what you don't know you might have known all along."

Using each character's relationship with the retailer as a conduit to dive into aspects of American life, Biederman addressed territory she feels is conspicuous in its absence from contemporary creative culture.

"To some people, Walmart is so essential it's more than a store—it's the pulse of their existence," she said. "And to others, Walmart represents so much of what's wrong with profit-seeking. I wanted to bridge that gap."

Relocating to Northeast Ohio from Louisiana last winter, Biederman added polish to the book while studying papyrus panels from The Book of the Dead housed at the Cleveland Museum of Art.

Such reading and research drive the direction of writing that's taken shape in a variety of forms, including poetry, academic papers, short stories and essays—many that were published while she was earning a PhD in American Literature from the University of Louisiana-Lafayette and an MFA in creative writing from George Mason University.

Prolific as she is, Biederman writes only 30 minutes a day, often in short bursts, which frees her to chase new subjects guilt-free.

"I tell my students writing doesn't need to overtake their lives. And I believe it," said Biederman, who teaches technical writing at Case Western Reserve and literature at Cleveland State University. "A little bit here and there and, eventually, you have something."

In fact, Biederman has written several books this way that are (as yet) unpublished. She admitted wondering whether her Walmart manuscript might wind up in the same desk drawer.

"I've tried to write like John Grisham, so I can retire," she said. "Instead, I still have to shop at Walmart." 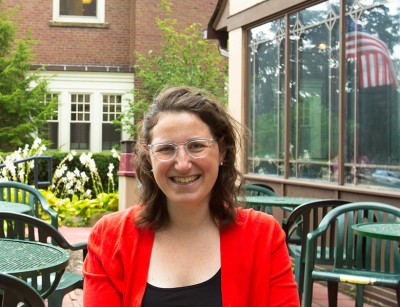 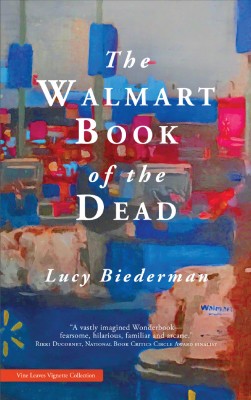 Caption: The Walmart Book of the Dead