WashU Expert: What it means for Trumps’s lawyer to ‘take the Fifth’ 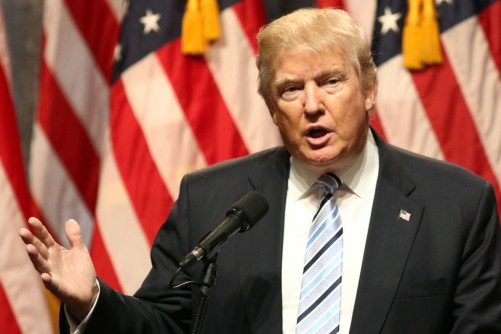 Peter Joy, the Henry Hitchcock Professor of Law at Washington University in St. Louis and director of the Criminal Justice Clinic, discusses Michael Cohen, lawyer to President Donald Trump. Joy explains that while Cohen may be permitted to keep silent in the civil case involving Clifford, his silence may still be used against him in the case. Joy is an expert on legal ethics and criminal law.


Michael Cohen, President Trump’s lawyer, recently filed a declaration with the court that he “will assert his Fifth Amendment rights in connection with all proceedings in this case,” the case of Stephanie Clifford (also known as Stormy Daniels) against President Trump and Cohen. But, what does “taking the Fifth” mean and why is Cohen doing it?

Cohen states in his declaration that it is because the FBI searched his office, residence and hotel room, and seized documents relating to the $130,000 to Clifford that is at the center of her case against Cohen and the president, he is asserting his Fifth Amendment right not to testify. The judge in the Clifford case will decide if there is enough connection between the FBI raid and the Clifford case to allow Cohen to keep silent and possibly to stop the civil proceedings while the apparent criminal investigation into Cohen continues.

While Cohen may be permitted to keep silent in the civil case involving Clifford, his silence may still be used against him in that case. Unlike a criminal case, where a prosecutor is not permitted to comment on a defendant remaining silent, in a federal civil case the judge may permit a jury to draw an adverse inference against the party refusing to testify — in other words, the jury may conclude that the party asserting the Fifth Amendment has something to hide that is harmful to the party.

This is exactly what President Trump has said in the past about other people in similar situations: “The mob takes the Fifth.  If you are innocent, why are you taking the Fifth Amendment?”

Contrary to president Trump’s skepticism, taking the Fifth is not the same as admitting guilt.  Taking the Fifth simply means that a person cannot be compelled to answer questions that may be used against the person, and innocent persons can take the Fifth. As the U.S. Supreme Court affirmed in Ohio v. Reiner, the Fifth Amendment right against self-incrimination “protects the innocent as well as the guilty.”  Whether Cohen will be charged with a crime, and whether if charged he is guilty of a crime, are questions that still have to be answered.