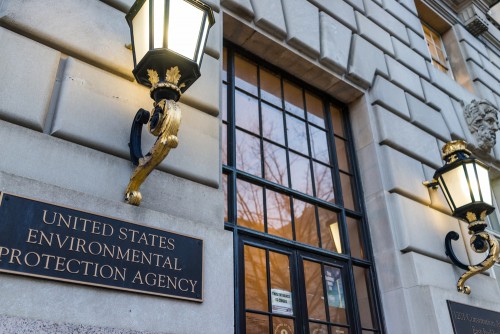 A pair of engineers at Washington University in St. Louis say proposed federal budget cuts could have a lasting impact on how our country researches and regulates the environment.

The public is getting its first look at the Trump administration budget proposal, which includes steep cuts to federal agencies such as the Environmental Protection Agency — with a 31-percent proposed reduction and its Office of Research and Development set to be slashed — and the National Institutes of Health decreased by nearly 20 percent. A pair of engineers who are water and air-quality experts at Washington University in St. Louis say the budget moves could signal sweeping changes in the way our nation regulates and researches the environment.

“The EPA funds research in its own national laboratories, such as the National Risk Management Research Laboratory in Cincinnati, and at universities,” said Dan Giammar, the Walter E. Browne Professor of Environmental Engineering at the School of Engineering & Applied Science, whose research focus is water quality.

“There are some pressing challenges in securing the quality of our nation’s drinking water that will require continued investments in research.  For example, the NRMRL has experts and facilities that are uniquely poised to address lead and other distribution-system water quality issues like those of the Flint water crisis.  Another example is the need for research on the water quality in buildings, which again was exemplified by the crisis in Flint, and the EPA is one of the few organizations that would have such research in its scope.”

“The EPA budget cuts come on the heels of recent observations by the National Oceanic and Atmospheric Administration of a 6-parts-per-million surge in atmospheric carbon dioxide (CO2) concentration levels in the past two years (2015 and 2016), which is an unprecedented amount in the Mauna Loa Baseline observatory’s 59-year record,” Charkabarty said.

“With the new administration enacting severe budget cuts for the agency, which includes trimming down key climate change programs and core initiatives aimed at protecting air and water quality, we are headed towards grim consequences of climate change on society at large.

“The (Trump administration cites a) lack of concrete and inconclusive science backing the role of CO2 has been a factor influencing these budget cuts. Interestingly enough, this year marks the 50th anniversary of the first quantitative estimate of global warming by a climate model, described in the landmark 1967 publication titled “Thermal Equilibrium of the Atmosphere with a Given Distribution of Relative Humidity” by Drs. Syukuro Manabe and Richard T. Wetherald.  A major finding of this paper was that doubling of atmospheric CO2 levels would have an effect of raising the temperature of the atmosphere by about 2 degrees Celsius. The impending dangers associated with CO2 and global warming were clearly laid out and quantified 50 years ago. The current administration should be wary of this fact and take such important scientific findings into consideration in their decision-making processes and policies.”